Kahlil McKenzie likes his trash talk to be intelligent 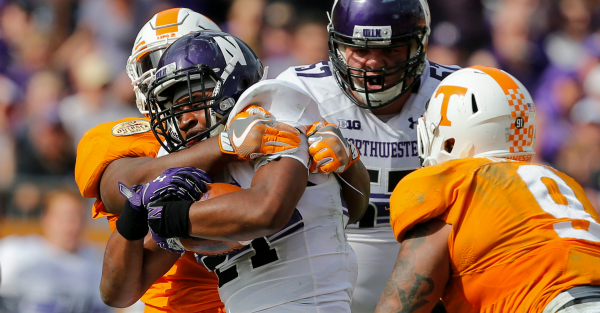 Tennessee had every right to talk some trash after thrashing Northwestern 45-6 on Friday in the Outback Bowl. Defensive lineman Kahlil McKenzie got his in after the game by taking a weird shot at the Wildcats and their nerdiness.

That GPA ain't save Northwestern on the field