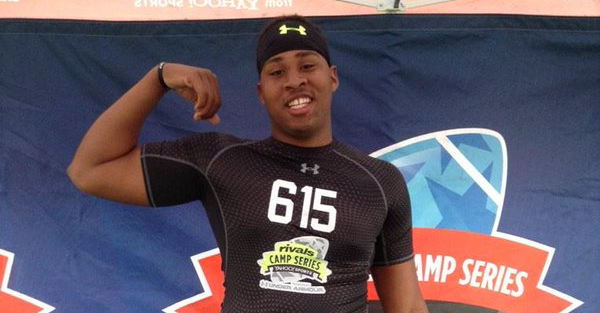 Four-star offensive tackle Kai-Leon Herbert originally spurned his hometown teams of Florida and Miami to commit to Michigan. However, it seems the Fort Lauderdale, Fla. native has changed his mind yet again as Scout is reporting that he’s now decommitted from the Wolverines.

It would appear that the 6’5″, 284-pound Herbert had a good visit to Miami this past weekend and that might have prompted him to decommit. He’s believed to have Miami and Florida as his top choices again and will take his official visit to Florida right before National Signing Day.

Herbert is ranked as the No. 28 offensive tackle in the country by 247Sports and No. 36 recruit in the state of Florida.