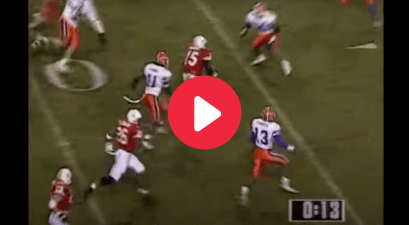 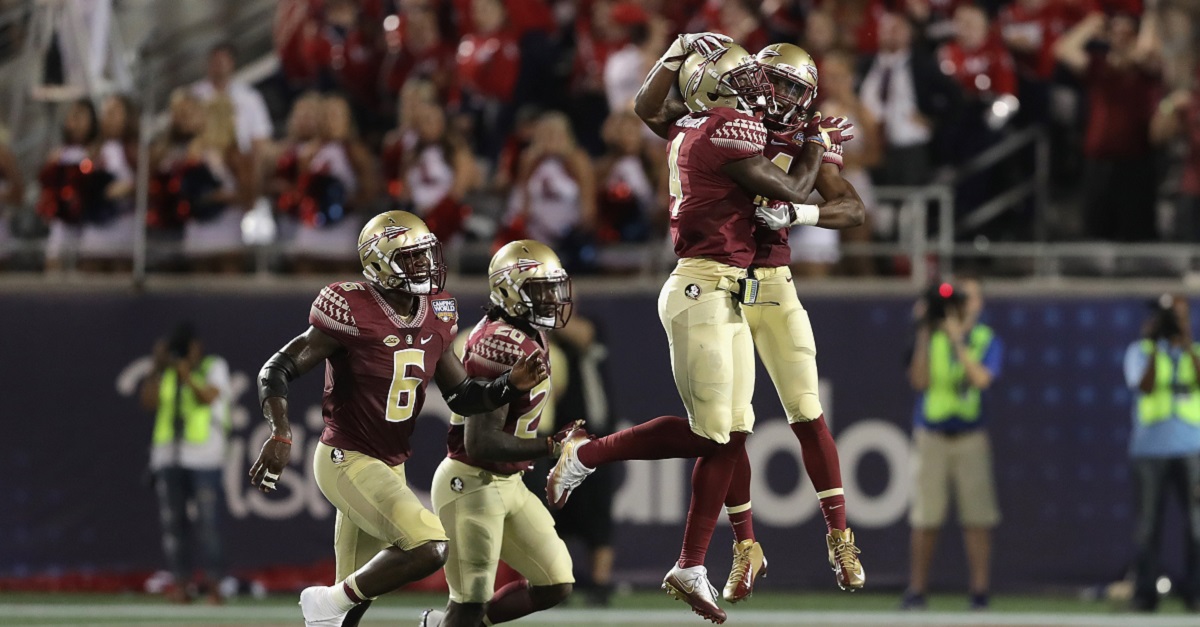 Streeter Lecka/Getty Images
ORLANDO, FL - SEPTEMBER 05: Tarvarus McFadden #4 of the Florida State Seminoles celebrates with teammates after intercepting a pass in the fourth quarter against the Mississippi Rebels during the Camping World Kickoff at Camping World Stadium on September 5, 2016 in Orlando, Florida. (Photo by Streeter Lecka/Getty Images)

Kirk Herbstreit tweeted out a list of his top performances this past weekend and there were naturally some players from some of the top games of the past week. Florida State quarterback Deondre Francois helped his team overcome the school’s largest deficit in a game to beat Ole Miss 45-34 and defensive end DeMarcus Walker had 4.5 sacks in that game to help turn the tide as well.

RELATED: Ole Miss suffers the most epic meltdown to give FSU its greatest comeback in school history

However, there was one win in particular that has Herbstreit riding high on their hype train as he put quite an unexpected team in his top five.

RELATED: Here’s the play that helped Houston upset No. 3 Oklahoma

Alabama at the top makes a ton of sense considering the Crimson Tide absolutely embarrassed USC on a neutral field 52-6. Florida State’s comeback also makes sense for them there although putting Clemson at three might be a stretch considering how bad the Tigers looked against Auburn. Ohio State played a cupcake and the score reflects that, but J.T. Barrett was pretty impressive in the win so I can live with that pick. Houston at five seems like a stretch even with a nice win over then-No. 3 Oklahoma. The Cougars should definitely be top 10, but need another couple of good games to earn that fifth spot if you ask me.