This is why Kirk Herbstreit told a college football fan, “Screw you!!” 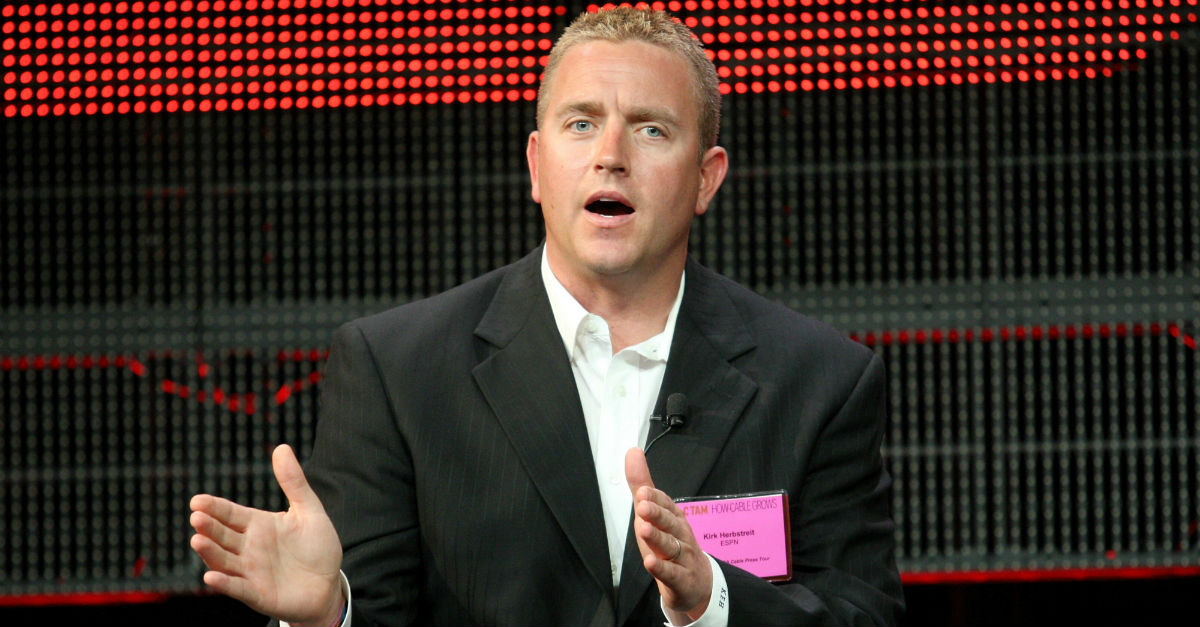 Kirk Herbstreit is definitely in touch with his fans and haters on Twitter. He responds to quite a few people when he isn’t working games and did just that with what we’re assuming is a Penn State fan. Herbstreit released a video talking about his top team performances and this fan was not happy about that or Herby’s call of the Penn State-Iowa comeback.

You can not give Penn State credit for anything. Even during Iowa game you could not praise PSU. Have some listen and verify your bias

That must have been the straw that broke the camel’s back though as Herbstreit lashed out at the fan for his unfair commentary:

To be fair, if I had to put up with the irrational taunting, hate and general garbage thrown my way like Herbstreit, I would have likely responded much more harshly. But he has to know that everyone will see what he’s tweeting and he has to control his answer a little better.

Herbstreit is easily one of, if not the best, color commentator and analysts that ESPN has for college football. Part of that is because he is unbiased in his analysis even when his alma mater Ohio State is playing in a game he has to call. So for someone to call him out like this is just fishing for a response and it looks like he got it.