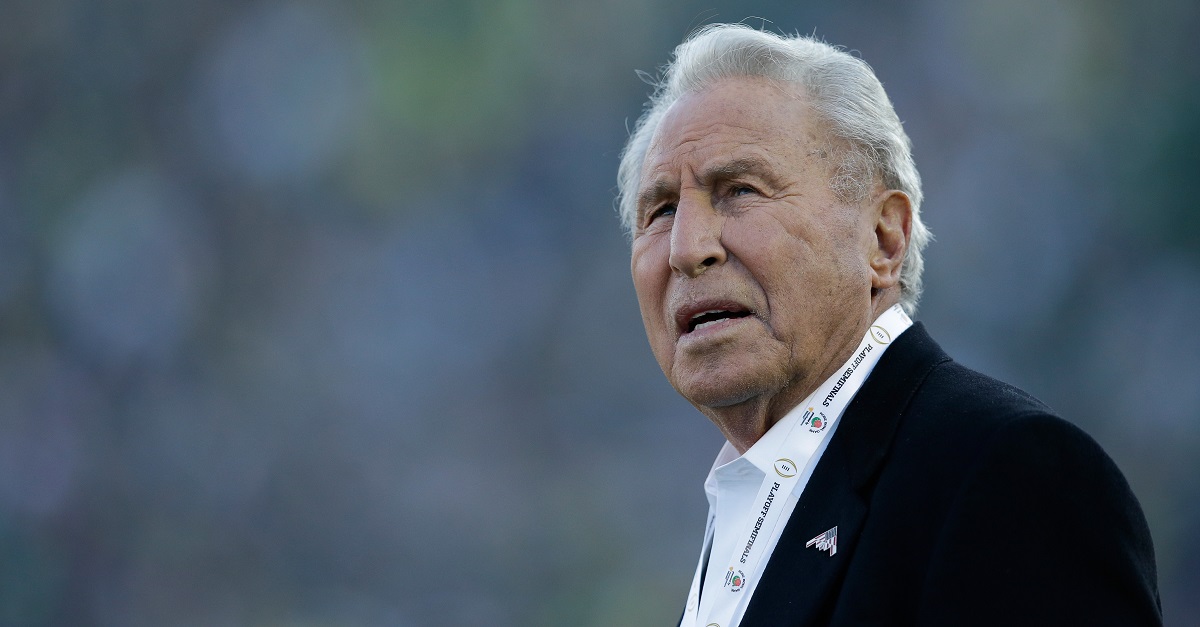 Lee Corso is not usually the one to break any sort of coaching news, but that isn’t stopping him from making a bold prediction regarding a coach on the hot seat. While Corso certainly doesn’t know what’s going on at Nebraska on the inside, he does know that coach Mike Riley is on the hot seat and he knows who he wants to replace him.

On ESPN’s College GameDay he said, “Mike Riley will keep his job for one more year, then Nebraska hero Scott Frost will come home.”

Frost is currently the head coach at UCF, but was a hero for the Cornhuskers as he led them to a shared national title in 1997 with Michigan. They beat Tennessee 42-17 in the Orange Bowl to get the shared title. So Corso is calling his shot an entire year in advance despite not knowing how UCF will finish or how they’ll look this season or next. That’s bold stuff from the former coach.