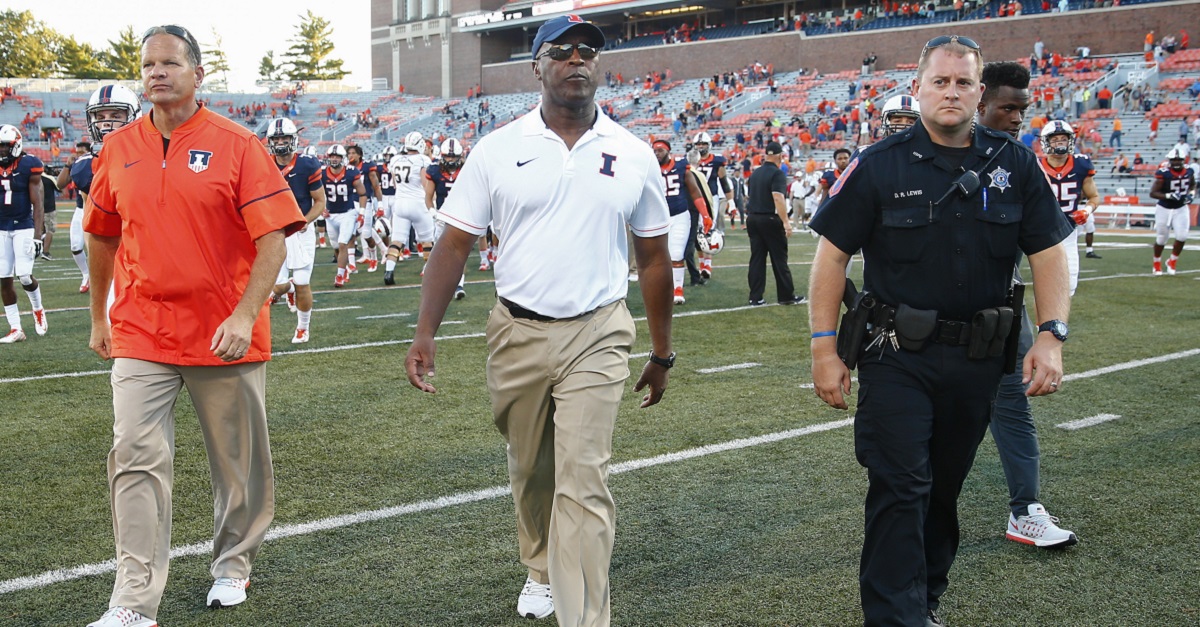 That apparently hasn’t stopped Illinois Fighting Illini head coach Lovie Smith from making some moves on his staff, though. This, according to a report from footballscoop.com:

That’s a brutal move from Smith, just hours before Christmas Eve, but it’s tough to dispute the fact that the move was warranted by the Illini.

Defensively, the Illini did give up only 185.9 yards per game through the air, good for No. 3 in the Big Ten, but that was apparently not enough to save Williams his job.

Now done with his second full season as head coach at Illinois, Smith has notched only a 5-19 overall record.

Perhaps he should fire himself.