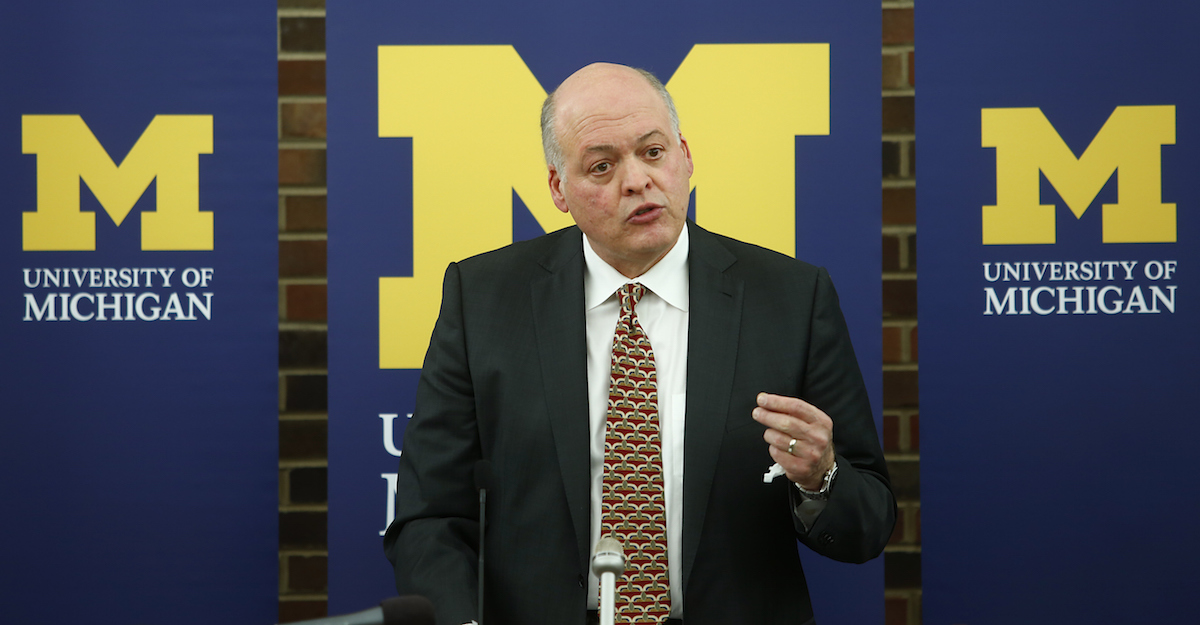 Since arriving as the interim athletic director for the Michigan Wolverines, Jim Hackett has an approval rating that would make any politician salivate. He has been universally praised for landing Jim Harbaugh as the head football coach, and in short, Hackett has been everything that the previous AD, Dave Brandon, was not.

Now, Hackett is showing his personal side. The 1977 graduate declared Tuesday (via Mark Snyder of the Detroit Free Press) that he will be wearing a yellow watch until Harbaugh wins his first game at Michigan.

“I wear this yellow watch — it’s yellow, not maize; they didn’t have maize — I wear this to remind (Harbaugh) he hasn’t won a game yet. I’m taking it off when he wins his first game.”

This is amazing, simply because Hackett “gets it”.

His choice to don the watch as a reminder of the work that is ahead is encouraging, as the Harbaugh/Hackett duo has invigorated the fan base without ever actually winning. In the same scrum, Hackett reportedly compared Harbaugh to Bo Schembechler, saying ” if (Bo) had been alive during social media, this wouldn’t feel so idiosyncratic to you”, and basically writing off any controversy surrounding the now-infamous Colin Cowherd interview.

In short, Jim Hackett is extremely capable, and this is yet another reminder. Now, Michigan fans can hope that it doesn’t take long for the AD to be “free” from the yellow watch.