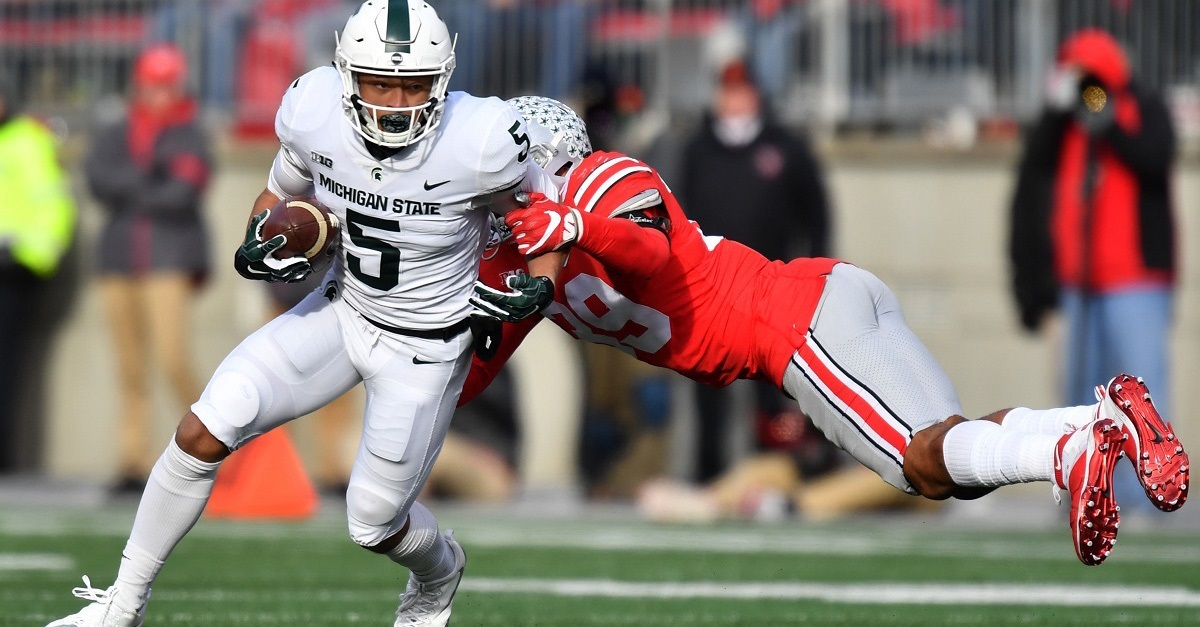 “It’s nothing against the program,” Andre Rison said during a radio interview, according to mlive.com. “It’s just the system doesn’t fit him and he doesn’t fit the system, evidently. …

Hunter Rison, a four-star wide receiver from Ann Arbor, played sparingly during his first season at Michigan State as he recorded 19 receptions this season for 224 yards.

He was ranked the No. 46 receiver of his class and the No. 9 player of any position in Michigan, according to 247 Sports.

The elder Rison, also a Michigan State product, was a five-time Pro Bowl receiver in the NFL. Rison won a Super Bowl with the Packers in 1996.