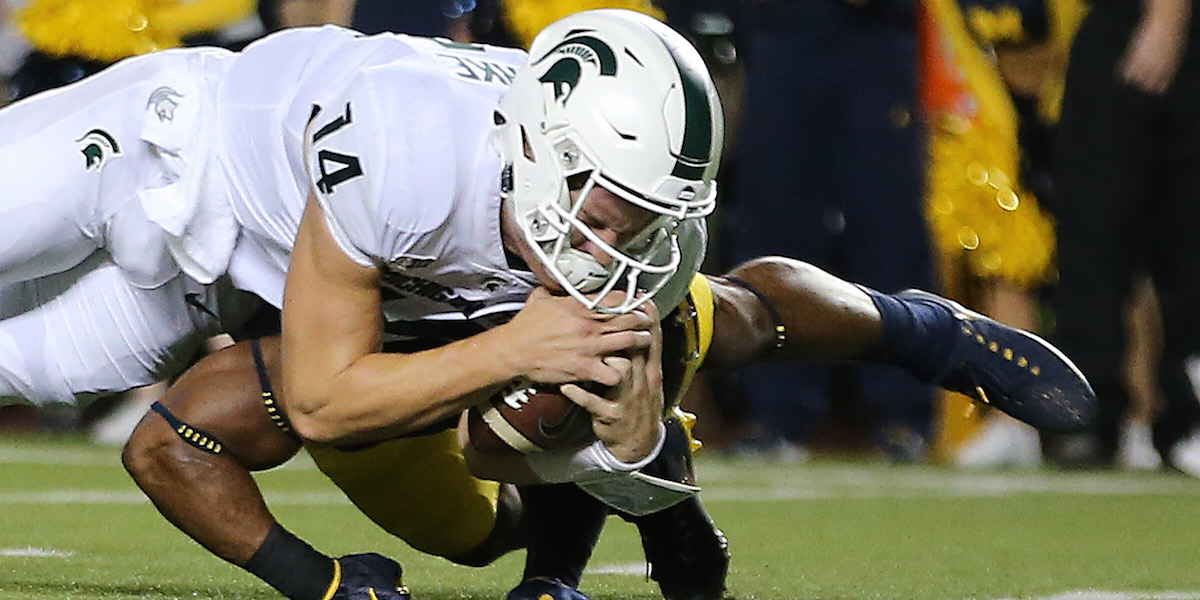 The so-called “little brother” reigns supreme in the Wolverine State.

The Spartans held a 14-3 advantage at halftime and managed to hold their lead until time expired.

Quarterback Brian Lewerke accounted for both of Michigan State’s touchdowns, which included a 14-yard run in the first quarter and a 16-yard pass to Madre London midway through the second.

The Spartans have won four of their last five meetings against Michigan, despite the Wolverines holding an all-time series lead of 69-36-5. And they did it in the pouring rain, which could have forced them into turnovers rather than the other way around like it did.