Rivalries are intense, and some more so than others--especially in-state ones. It's one thing to battle between the lines but every so often that intensity spills over and escalates to an unacceptable level.

The lights were shining bright in Ann Arbor as Michigan hosted rival Michigan State for their 124th meeting to claim the right to bring home the Paul Bunyan trophy for the next 365 days. While Michigan mostly dominated the on-field meeting, winning 29-7 and maintaining their undefeated record, it was what happened after the game that has been making headlines since.

One Way In, One Way Out 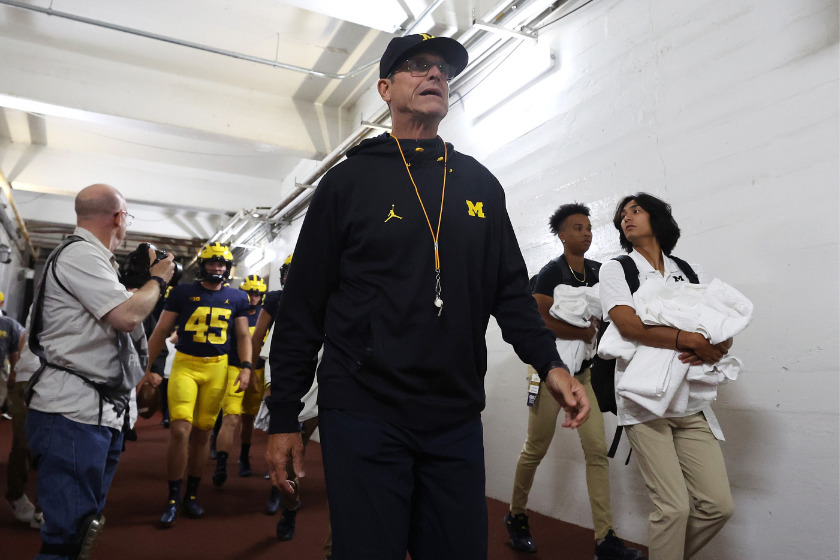 The Big House famously only has one tunnel for both teams to use to enter and exit the field, as well as to access their respective locker rooms. As you can imagine, this can make for quite the opportunity for conflicts to arise. In fact, bad blood boiled over in the tunnel just two weeks earlier when James Franklin and the Penn State Nittany Lions visited. That now looks like a mere shouting match after the events that took place between the Spartans and Wolverines.

It was reported during the game that extra security had been added due to the nature of this particular rivalry, but it seemed to be missing when what appeared to be two separate groups of Michigan State players attacked two individual Michigan players in the tunnel.

A fight broke out in the Michigan Stadium tunnel after a tense rivalry game between Michigan and Michigan State.

From first watch it appeared that officials and security were able to get the majority of Michigan State players into the tunnel and close to their locker room before allowing the Michigan players to proceed. As video later showed, Ja'Den McBurrows skipped ahead of the rest of the Wolverines and was at the tail end of the Spartans' group of players. While it is unclear as to how he was allowed to do so in the first place, it doesn't excuse the behavior of the Spartans, who proceeded to beat him up as a collective group with a series of punches and kicks. A group of players also attacked and assaulted Michigan player Gemon Green, who is reported to have a broken nose as a result of the attack.

Both Michigan head coach Jim Harbaugh and Michigan State head coach Mel Tucker stated that they are working with the Big Ten and the proper authorities to determine how to proceed moving forward. That said, this should never have been allowed to happen in the first place.

Is it Time for New Infrastructure? 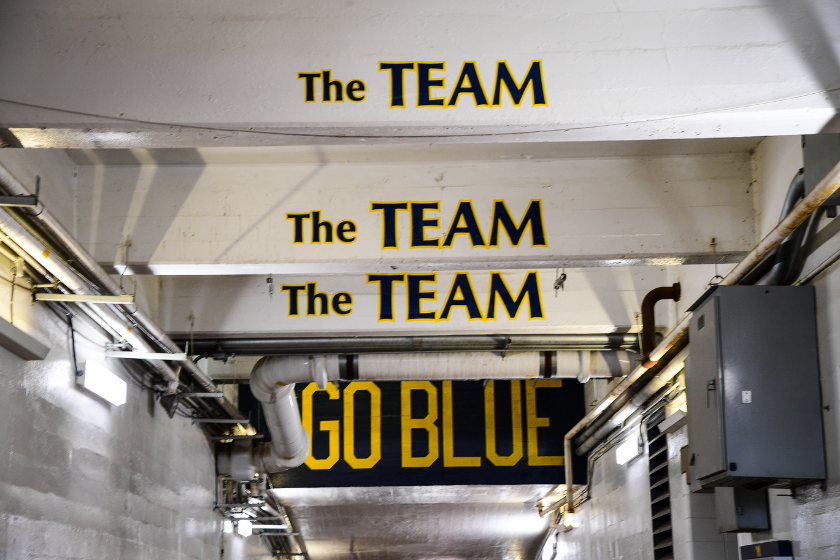 Sure, you can blame the "extra security" that wasn't present or the people who stood by and didn't intervene. You could even blame the "one tunnel" system, but the only real blame is on the athletes that carried out the vicious actions. Bad blood both on and off the field can be fun and make for a great game day experience, but violence is never okay, no matter the circumstances.

So, what does Michigan do going forward? Will they be forced to find a new system or build another tunnel? That's for the Big Ten, the NCAA, the Athletic Department, and the Board of Trustees at the university to decide. Until then, let's hope that nothing like this happens again. I never thought I'd say I would be happy that Michigan is going TO Columbus at the end of the season, but after what happened on Saturday night, I just might.