In the second quarter of the Fiesta Bowl College Football Playoff semifinal against TCU, Michigan quarterback JJ McCarthy uncorked a bomb to wide receiver Roman Wilson that was initially called a touchdown, which would have cut Michigan's deficit from 11 to 5 and delivered some much-needed momentum to the sideline.

However, referees overturned the call saying Wilson was down just before he entered the end zone.

Michigan Touchdown Overturned at the Goal Line in Fiesta Bowl

This was not ruled a touchdown and Michigan fumbles on the goal line on the next playpic.twitter.com/V81i2jSYyt

Was Wilson already in when he fully secured the ball? Many fans on Twitter thought so, as did the writer of this story. It looked like Wilson slightly bobbled the ball before fully bringing it in. Even worse is replay should show something "clear and convincing" to reverse the call, and there's nothing clear and convincing about it.

Michigan got robbed. That was a touchdown. Not even close. Total embarrassment by officials. Wow. Pathetic.

Michigan just got screwed by the refs. Should?ve been a touchdown.

Uh I'm watching on mute but why was that not a touchdown for Michigan? Extremely confused

That call (wrong in my opinion) that overturned the Michigan touchdown is a massive moment now.

And upon a slow-mo replay angle from the pylon camera, the catch certainly appeared to be made as Wilson was breaking the plane of the end zone:

This was ruled not a touchdown...

...Then Michigan fumbled it the next play ?

What do you think? pic.twitter.com/RmnUG7oh1x

The call was a decisive one, because Michigan fumbled the handoff at the goal line on the very next play, and TCU took over. The Horned Frogs continued to steam roll the Wolverines in the first half, finishing with 21 points to Michigan's three.

TCU gets the ball back up 14-3! pic.twitter.com/ZoVzIYkFfm 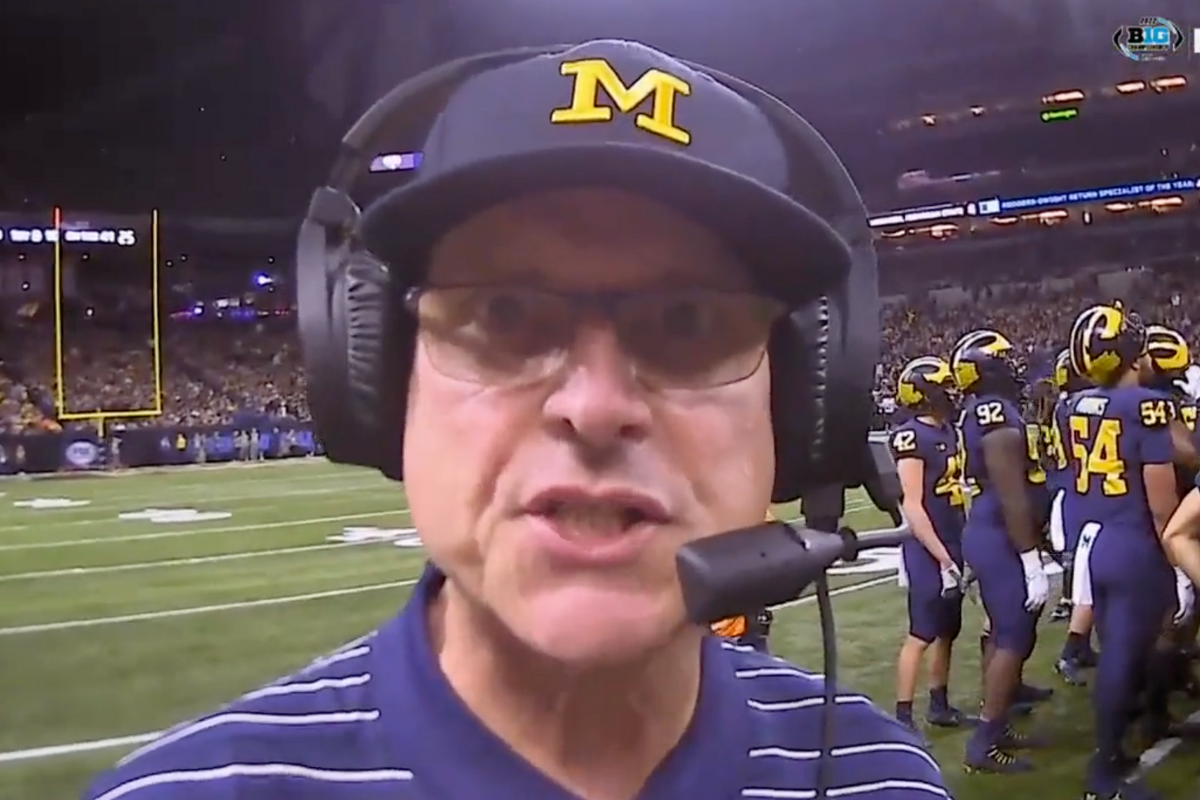 The controversial play may or may not matter depending on the final score, but who knows how that touchdown affects Michigan's momentum the rest of the game? If Max Duggan and TCU can pull of the upset, there's no doubt this play will be talked about for the next week in Ann Arbor, on ESPN and all over.

Was it the right call? I'll let you be the judge.