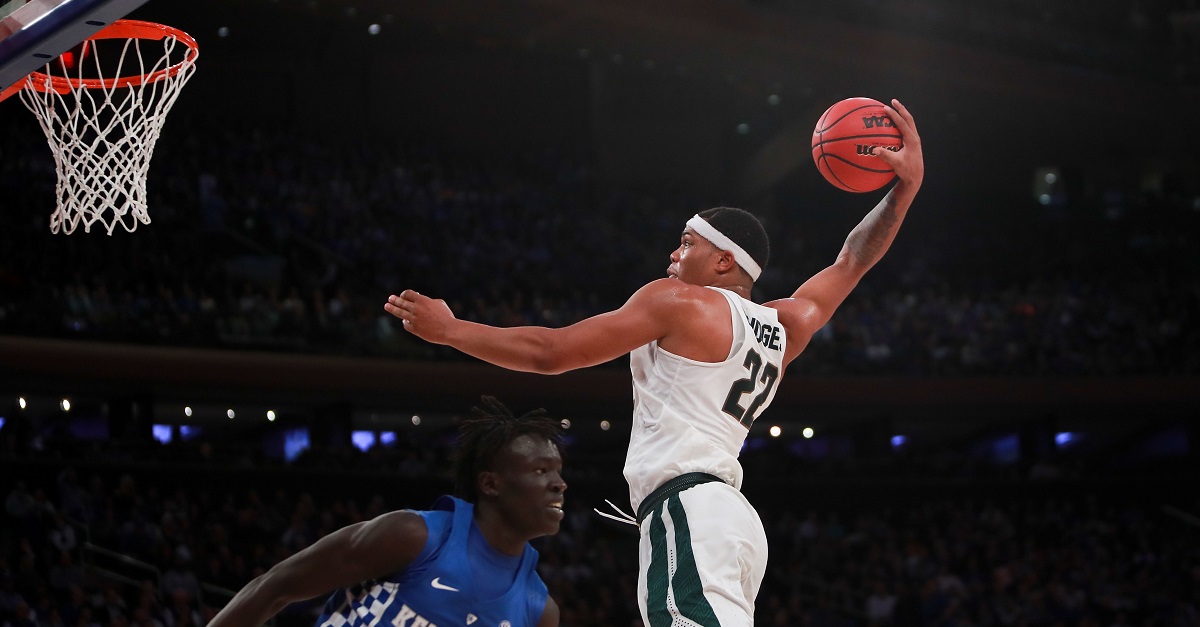 Michigan State has not looked great at times this season with a 10-5 record, but four of their five losses have come to ranked teams. The only exception was against Northeastern and that came without the Spartans’ best player in Miles Bridges. He’s missed the last seven games with an ankle injury and was averaging 16.6 points and 8.8 rebounds per game before playing his last game of the 2016 calendar year against Duke in a loss.

It looks like 2017 is about to get a whole lot better for MSU and for Bridges as he is set to make a return to the lineup.

The Spartans will enjoy having the high-flying and super athletic Bridges back. He’s expected to go in the top 10 of the 2017 NBA Draft and will have most of the conference slate to prove why.