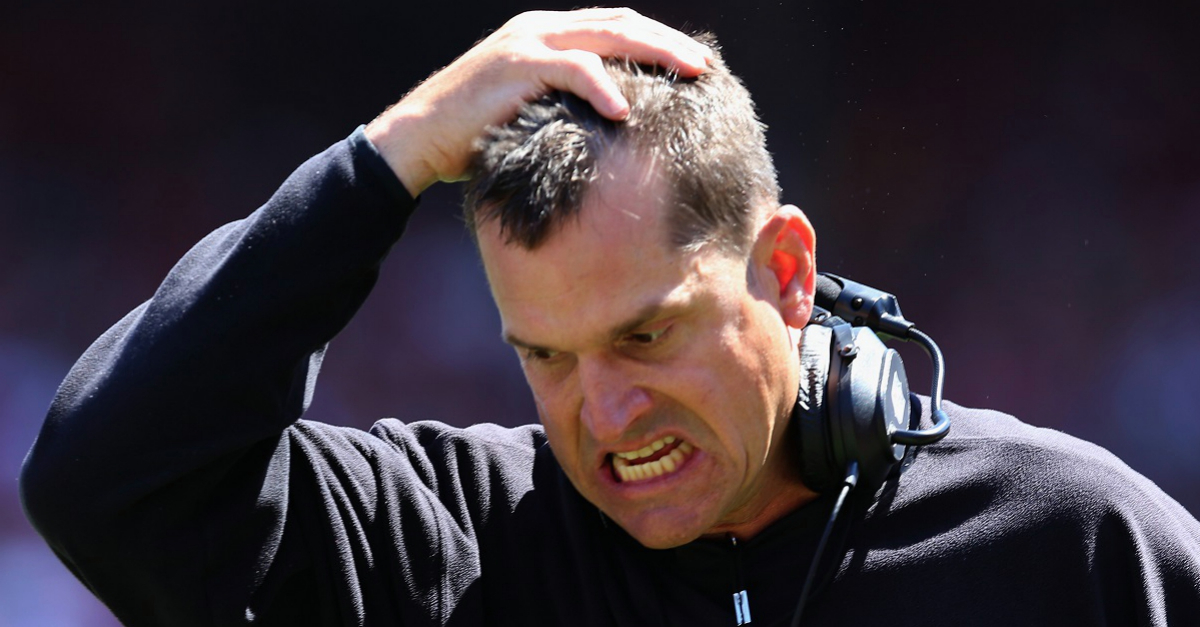 This isn’t the Playoff rankings, but this could be an interesting sign of things to come.

After Michigan’s loss to Ohio State, they fall to No. 6 in the newest Coaches Poll, below fellow two-loss team Wisconsin.

The interesting part there? Michigan beat Wisconsin earlier in the season.

Other notable things in this week’s poll: Oklahoma is still ahead of Penn State and Colorado, suggesting that voters could be extremely high on the Sooners if they beat Oklahoma State this upcoming weekend. If some chaos happens at the top of the poll, Oklahoma could still have a shot if the Playoff rankings are similar to this one.