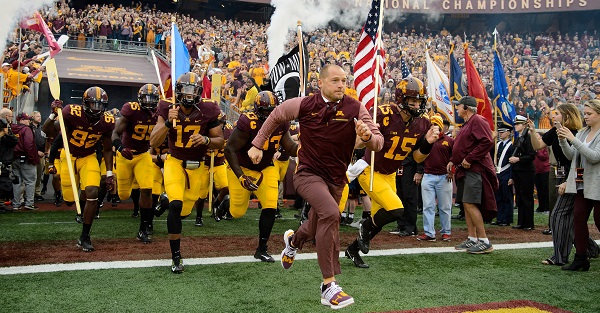 Concussions have impacted the football landscape quite a bit in recent years, including a few instances of players retiring from the sport at very early ages. Now, it appears that we can add one additional player to that growing list, as Minnesota right tackle Nick Connelly has decided to hang up his pads for the final time.

The St. Paul Pioneer Press confirmed, through a spokesman for the Minnesota football program, that Connelly has retired from active play and, according to one report, it comes after the realization that he had five known concussions over a six-year period.

It's 5 known concussions in the last 6 years for #Gophers RT Nick Connelly. Had another recent one, and now isn't listed on the roster.

Connelly started the first five games of the 2017 season for P.J. Fleck and the Gophers before giving way to what was reported as a leg injury in a loss to Purdue earlier this month. From there, the redshirt sophomore seemingly decided to leave the squad, as it was widely reported that he was no longer on the roster before the confirmation of his retirement.

At 6-foot-7 and 300 pounds, Connelly was a very strong player and prospect for the Gophers, especially given his youth and athleticism. With that as the backdrop, it would be unfortunate either way that a young man was dealing with this kind of medical issue and it is easy to see why he might be willing or even eager to stop playing football as a result.

Sam Schlueter made the start at right tackle for Minnesota in the team’s last game and it appears that he will replace Connelly for the long haul. Still, this kind of decision has impact beyond the Gophers and the fallout will be intriguing.