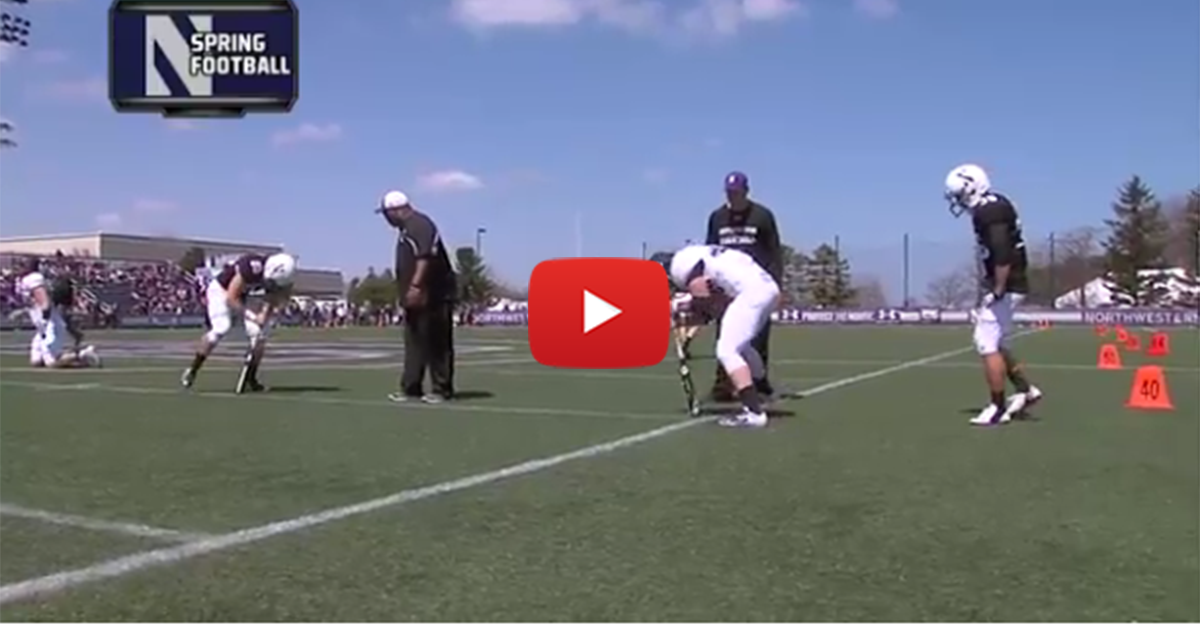 One of Northwestern’s spring football traditions is a dizzy bat race with players wearing full pads.

Northwestern has the entire team run a dizzy bat relay race at practice and the results are predictably hilarious.

It's a #B1G spring tradition. It's the annual @NUFBFamily Dizzy Bat Race! http://t.co/hPp9jKqIZn

The Wildcats do this every year and it delivers each time (and luckily no one’s been injured yet). The sight of football players stumbling around and trying to run 10 yards in a straight line to complete a relay is really funny.