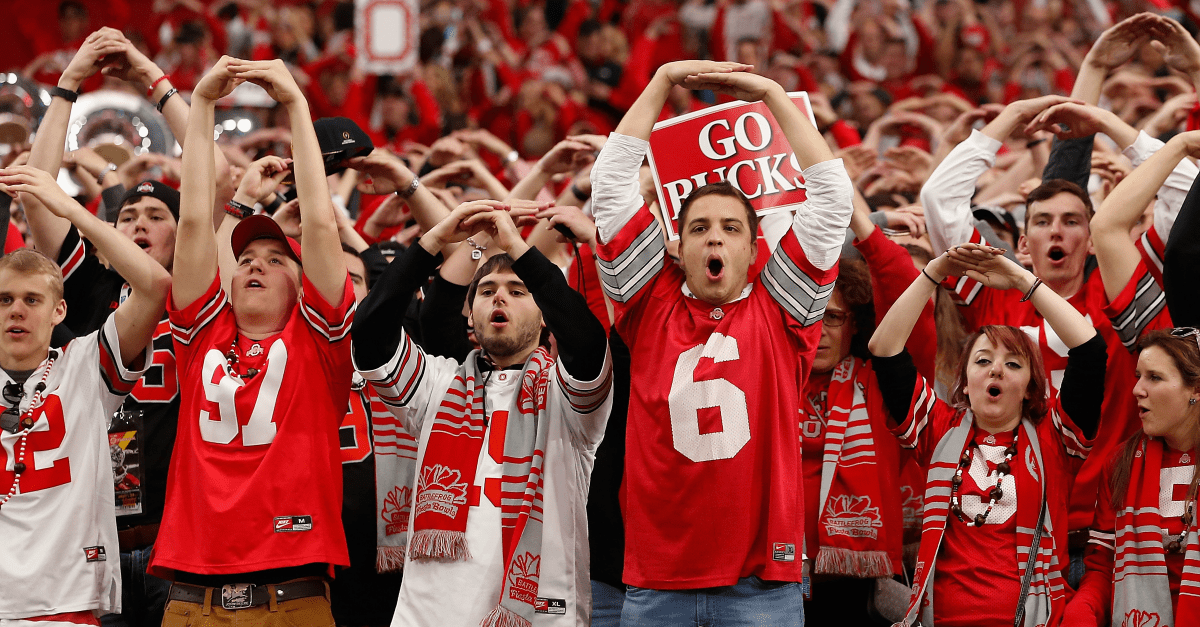 Ohio State held its annual spring game on Saturday and blew away any sort of attendance competition. The Buckeyes had a crowd of over 100,000 people on hand to watch a glorified scrimmage. Here are the exact numbers:

Attendance announced at 100,189 at OSU pic.twitter.com/lf6kaFjtGG

Here’s how impressive that number is compared to other schools:

And here’s some classic commentary on student-athletes and scholarships.

100,189 in attendance for a glorified practice at Ohio Stadium…but scholarships for these kids are enough.

I suppose nobody will ever be happy as long as the NCAA exists except. Those Buckeye fans look pretty happy though.