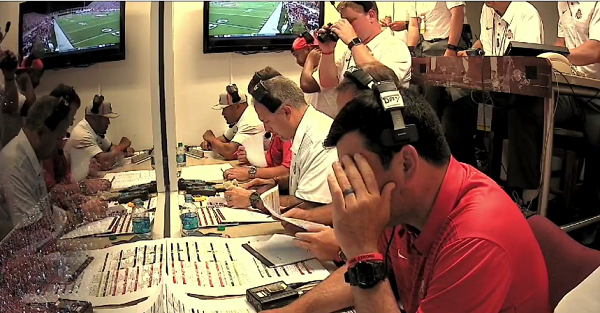 Ohio State and Indiana are kicking off the first weekend full weekend of college football with a game on ESPN. The Buckeyes have a couple new faces including former Indiana coach Kevin Wilson who is now the Buckeye offensive coordinator. During the game, ESPN sideline reporter Laura Rutledge was talking about him and quarterback coach Ryan Day and so naturally the telecast cut to him in the coordinator’s booth. He was coordinating a little more than just play and players:

He’s not the first coach to get caught digging for some gold on live television and he won’t be the last. He just happened to be the first of this young season.