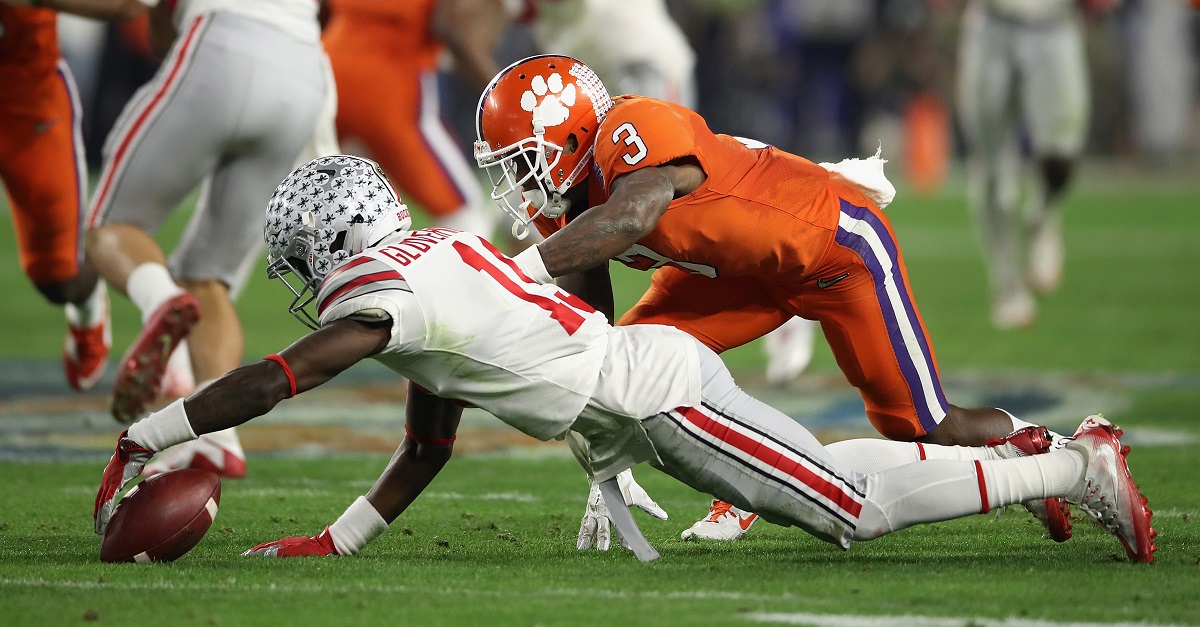 Former Ohio State Buckeye receiver and cornerback Eric Glover-Williams has officially found a new school. He made the decision to transfer back in September, but now has a destination in mind. Glover-Williams’ father told Scout.com’s Bill Greene of his decision.

“Eric will start classes at Mississippi Gulf Coast on October 16,” the player’s father, Jerry Williams, told Scout.com. “We are hoping he can take the courses he needs on-line, but if he needs to go there he will do that.”

“He is looking to get his degree this December, sign with a four-year institution, and be ready to enroll next January,” he continued. “If he does everything he needs to do, Eric will be eligible to play next fall and will have two years of eligibility remaining.”

Glover-Williams had spent his first two years at Ohio State after committing there as a four-star recruit in the class of 2015. He played safety while at OSU, but has made the transition to receiver. He won’t play while at MGCCC this season and his dad also said that they have had some contact with other four-year institutions for when he transfers back up to the FBS level.