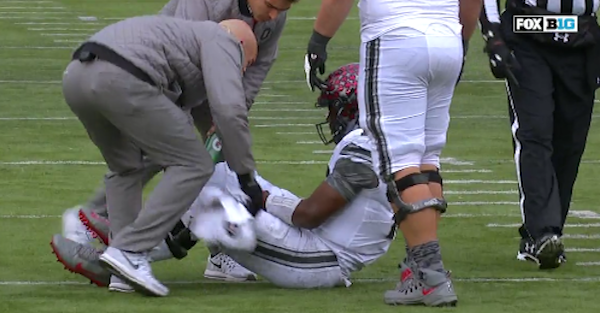 Barrett is reportedly dealing with an on-going meniscus issue that forced him to the locker room:

Jenny Taft just said J.T. Barrett is dealing with an "ongoing" meniscus issue where it pops out and has to be popped back in.

Barrett had thrown for just 30 yards through two and a half quarters with one touchdown. He also ran for 67 yards and a touchdown.

Red-shirt freshman Dwayne Haskins Jr. led the Buckeyes right down the field to give Ohio State a 21-20 lead with more than a minute remaining in the third quarter.