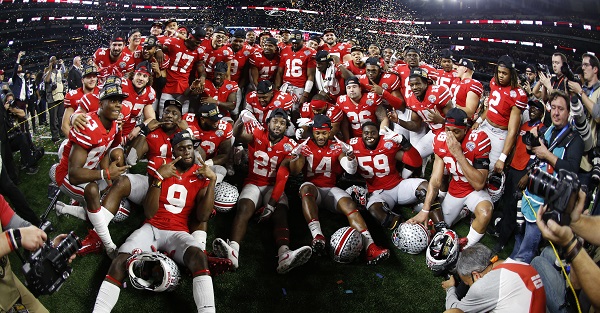 Ohio State has little trouble in attracting some of the best high school prospects in the country and, as a result, the depth on Urban Meyer’s squad is very impressive. However, the Buckeyes will be dealing with a loss along the offensive line for 2018 as rising junior tackle Kevin Feder announced that he will be pursuing a transfer.

Feder’s announcement included the tidbit that he “will be graduating with a Sports Industry degree with plans on transferring to a different University” but he actually has two years of eligibility remaining. As a graduate transfer, he would be eligible immediately and, as a result, he will likely be in high demand.

It should be noted that Feder, who stands at 6-foot-9, was not projected to be a starting-level player for Ohio State, but the former three-star prospect certainly could make an impact elsewhere. The Buckeyes are loaded in a way that most programs could only dream of in terms of quality depth and, even with the offensive line not serving as an overwhelming strength in 2017, Feder simply couldn’t crack the regular rotation.

It is likely too early to speculate on where he will land but Feder made it clear that he will be “looking for a new place to expand on (his) football career as well as (his) academics” and Ohio State will look to replace his scholarship in the meantime.