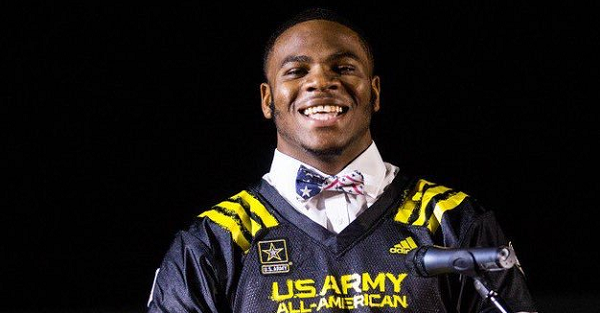 Five-star weak-side defensive end Micah Parsons is one of the most coveted recruits in the country and now everyone going after him has a date to look forward to. He announced via Twitter that he has a commitment date and it is definitely sooner rather than later.

My commitment is December 20th all glory to god 🤞🏽🙏🏽

The former Penn State commit has taken official visits to Nebraska, Ohio State and Oklahoma so far this season and has said he plans to use all five available. The 6-foot-3, 235-pound defensive end is ranked as the No. 4 player in the country and top player at his position according to 247Sports.

Penn State and Alabama are among the schools that are considered to be “warm” for him by 247Sports as well. He also has offers from Georgia, Clemson, Florida State, LSU, Miami and Michigan among others. His last official visit was to Oklahoma last weekend and before that was Nebraska at the beginning of October.