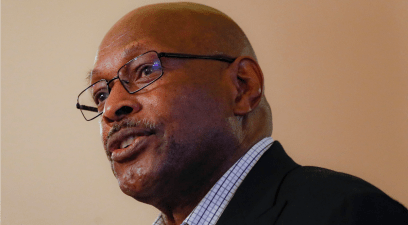 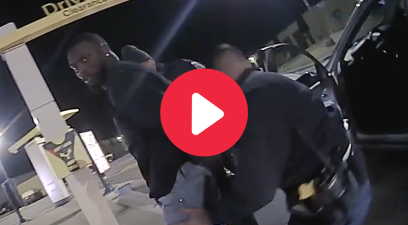 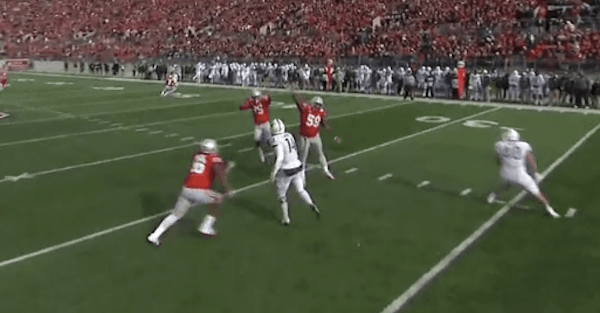 Not much went wrong for the Ohio State Buckeyes on Saturday afternoon. After a ghastly showing against Iowa last week that delivered a severe blow to the team’s overall goals, Urban Meyer’s squad emerged in a big way against Michigan State. The Buckeyes took a 35-3 (!) lead into halftime and, well, that was more than enough to secure a much needed victory in Columbus.

However, starting defensive lineman Dre’Mont Jones would not be able to remain on the field for the full 60 minutes, as he was ejected for targeting.

Dre'Mont Jones' day comes to an end on this hit. pic.twitter.com/SKOfZ4CgEB

Targeting is, as always, an adventure from an officiating perspective and this is another example. It should be noted that Jones’ hit was delivered to Michigan State quarterback Brian Lewerke and the bar is always lower for punishment when the play includes the opposing signal-caller.

Still, this particular hit was pretty controversial in that it did not appear malicious or particularly “letter of the law” when it comes to targeting ejections. Ohio State fans likely were not quite as upset as they normally would have been given the lopsided score at the time of the incident but, in the same breath, this furthers the greater question of what actually commands a targeting call in college football.