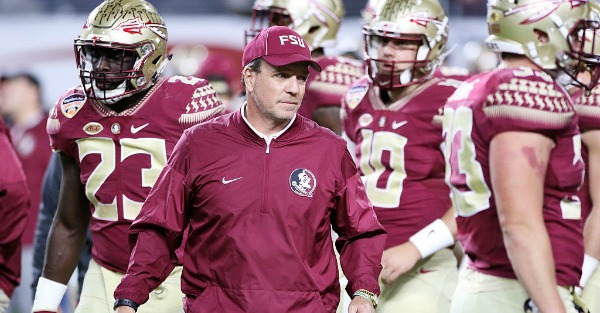 Marc Serota/Getty Images
during the Capitol One Orange Bowl at Sun Life Stadium on December 30, 2016 in Miami Gardens, Florida.

The Orange Bowl New Year’s Six game that pitted Florida State against Michigan on Dec. 30 soared to some of the postseason’s best television ratings since the College Football Playoff replaced the BCS in 2014.

The game, which the Seminoles won 33-32 in a dramatic come from behind finish, achieved a 6.7 overnight rating on ESPN, with streaming accounting for an additional audience of 243,000 viewers per average minute. That’s up 40 percent from the 2014 Capital One Orange Bowl between Mississippi State and Georgia Tech.

It also garnered the second-best ratings of a New Year’s Six game outside of the four playoff games since the introduction of the new system, as well as the highest TV ratings of any bowl game that’s aired before Dec. 30 of that bowl season.