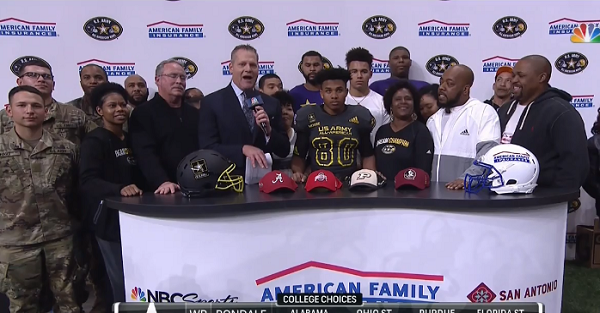 Four-star receiver Rondale Moore had four hats on the table representing Florida State, Alabama, Ohio State and Purdue. He ended up committing to the most unlikely of those four and chose the Boilermakers over those traditional powerhouse at the U.S. Army All-American Bowl.

Moore is ranked as the No. 17 receiver and the top recruit in Kentucky according to 247Sports’ own rankings. The 5-foot-9, 174-pound receiver was originally committed to Texas, but backed off that commitment in December. He also had offers from Georgia, Louisville, Michigan State and Penn State among others.