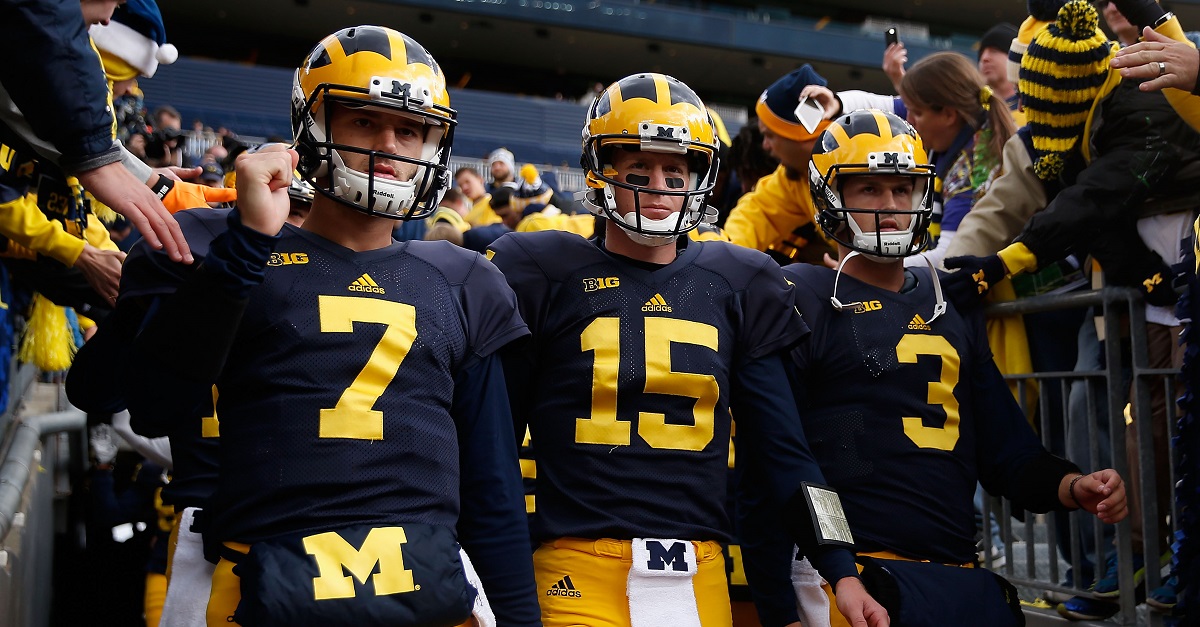 Michigan has finally found its quarterback in Wilton Speight and with that writing on the wall, senior Shane Morris will transfer out of the program. He hasn’t made it clear where he might go, but wrote this heartfelt letter to Michigan fans about his time at the university.

Morris was involved in the infamous concussion scandal at Michigan when Brady Hoke was coach. He took a nasty hit back in 2014 that clearly left him shaken up, but Hoke sent him back in the game despite the admission after the game that he had concussion-like symptoms.

Morris played in two games this year for the Wolverines, going 4-of-5 for 45 yards in a backup role. He sat out the 2015 season as a redshirt.