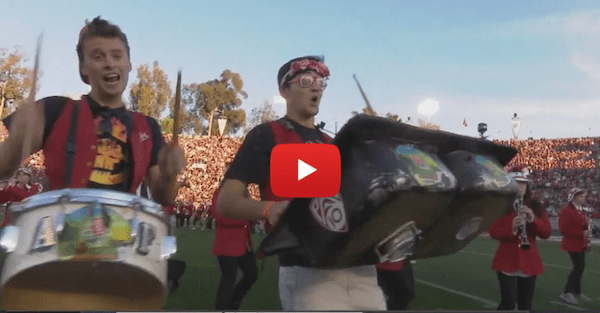 Stanford’s band has been described as unorthodox and strange at times, but that only makes it that much better. The band got really creative when it decided it was troll time for Iowa in the Rose Bowl. Knowing full well that Iowa is made up of primarily corn, and therefore farmers, Stanford hit the Iowa audience with the theme song of the FarmersOnly.com commercials.

It looks like those city folks got it and turned it around on the poor Hawkeye fans. Not only did the band win the day, but the football team demolished the Hawkeyes 45-16.