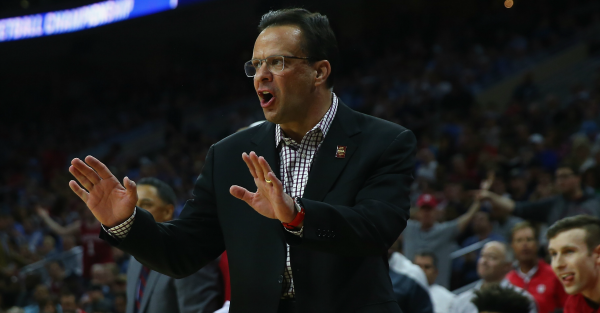 Jim and John Harbaugh are hardcore Michigan guys. Jim is obviously the coach of the football team right and John is a fan by proxy and because his dad was an assistant under Bo Schembechler. Well, both were at the Sweet 16 in Philadelphia to support a rival Big Ten school!

The brothers were there to support Tom Crean because he is actually their brother-in-law (married to Harbaugh’s sister). But John was not exactly looking like his normal shade of skin tone.

What ya been up to Johnny boy? Getting a little sun down at your little bro’s spring practice in Florida? John looks kind of like a lobster and maybe he was just trying to fit in with all the red around him?