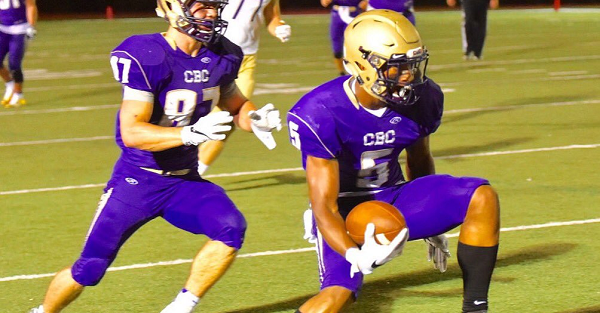 Kamryn Babb is the top receiver in the country according to 247Sports’ own rankings and that means plenty of big-time offers. He’s narrowed his list of 30 offers down to nine schools and he released the list on Twitter:

The 6’1″, 189-pound receiver out of Saint Louis of course has Missouri on the list to go with such powers as Ohio State, Alabama, LSU, Ole Miss, Notre Dame, Michigan, USC and Nebraska. 247Sports’ own rankings have him as the top receiver in the county, the top recruit in Missouri and the No. 18 recruit in the entire country for the class of 2018.

Babb has nine predictions made on where he’ll land in the 247Sports crystal ball and eight of them belong to Ohio State while Missouri got one vote in its favor. He also holds offers from Oklahoma, Auburn, Florida, Miami and Michigan State among others.