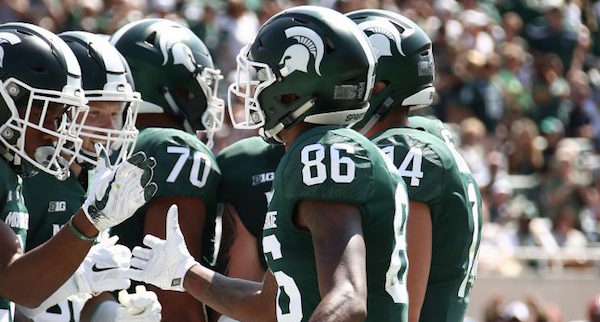 Jackson, a former 4-star prospect, was expected to play a bigger role in 2017 after the Spartans lost several key players at the receiver position. However, he was limited to just 12 receptions for 143 yards, despite making four starts last season.

Jackson ranked as the No. 44 wide receiver and No. 229 overall prospect for the 2016 national recruiting cycle, according to the 247Sports Composite.

He joins true freshman Hunter Rison, the son of Michigan State legend Andre Rison, as the second Spartans receiver to announce plans of transferring this week.

Rison tweeted a confirmation of his decision after his father announced his plans during a radio interview in Lansing.