Urban Meyer, Ohio State under fire for a controversial video 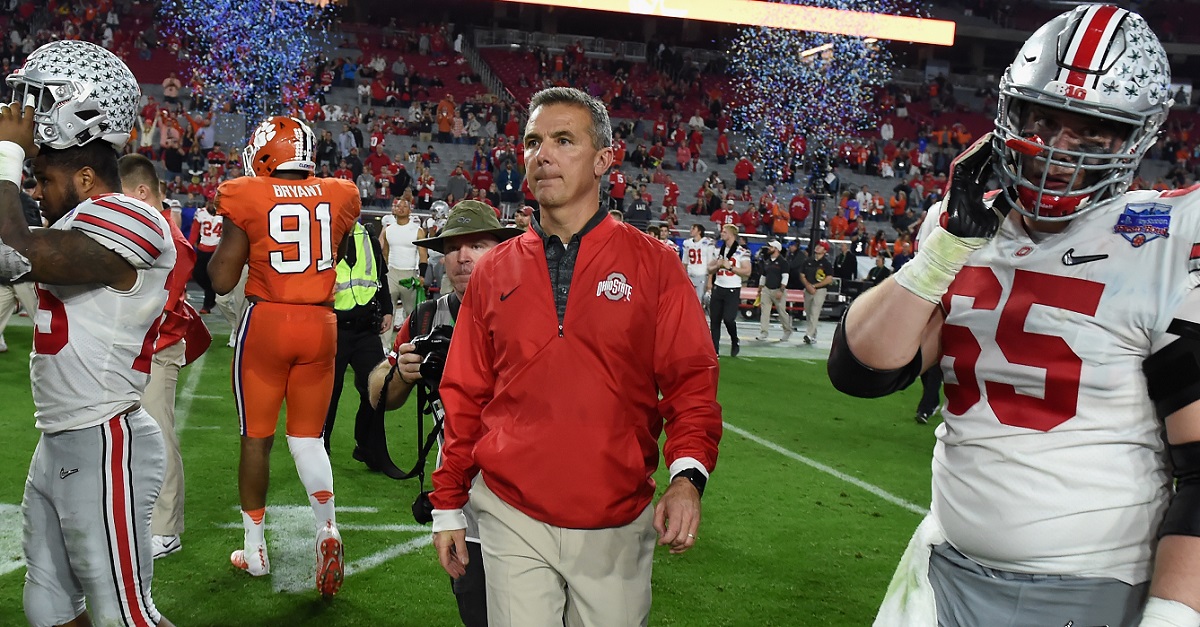 Ohio State coach Urban Meyer tweeted out a video displaying all of Ohio State’s great quarterbacks throughout the school’s history… with one notable exception.

Related: Urban Meyer was absolutely cold-blooded with a vicious prank to his 5-star recruit

Meyer left out former Buckeyes quarterback Terrelle Pryor, who played for the school from 2008-2010 before he left school after accepting impermissible benefits.

A long line of great quarterbacks continues in 2017!! pic.twitter.com/ojvzzc8n33

Pryor’s scandal led to Ohio State self-imposing a bowl ban in 2012, which was Meyer’s first season in Columbus. Ohio State went 12-0 that season and likely would’ve played for a national title against Notre Dame that season.

Several Ohio State fans were displeased with Pryor’s absence from the video.

How y'all leave out Terrelle Pryor tho? Totally not cool. Please redo this video. https://t.co/1jBSeCelfQ

So, we just gonna act like @TerrellePryor wasn't one of our great quarterbacks? 👀👀👀 https://t.co/TUXRfBwQN0

Missing from OSU's QB history highlight package… I need to write a column on how it's time to stop ignoring Terrelle Pryor's existence. pic.twitter.com/unU8kYyXvc

Pryor had a very successful tenure as Ohio State’s quarterback, leading the Buckeyes to a Sugar Bowl win during the 2010 season. Maybe next time Meyer will include Pryor when discussing past Buckeye quarterbacks.