College football rivalries have existed since the dinosaurs roamed Earth. Well, not really, but it feels like it. Naturally, these games have come to earn their own one-of-a-kind nicknames. The "Iron Bowl" pits Alabama's premier SEC teams against each other. Florida and Georgia meet in Jacksonville every year for the "World's Largest Outdoor Cocktail Party." And there's the "Clean, Old Fashioned Hate" only found when Georgia and Georgia Tech face off.

But there's one rivalry game that rises above the rest. It doesn't even need a catchy moniker, because it's simply referred to as "The Game." Ohio State and Michigan first met in 1897, when the Wolverines blew out the Buckeyes 34-0. UM captain James Hogg and good ole G.H. Stuart, who scored three touchdowns, bullied Ohio State that day. However, it wasn't as heated of a game as you might've thought.

"The entire team played gentlemanly and not a single wrangle arose to mar the game," read The Michigan Daily in 1897. When words like 'gentlemanly,' 'wrangle' and 'mar' are being thrown around you know we're going way back.

The history of the rivalry actually stems from the Toledo War and a 187-year-old land dispute. Since 1918, the game has been played every year (except a few instances, like in 2020 when it was canceled because of the coronavirus pandemic) and has become a staple that every Michigander and Ohioan looks forward to at the end of the season.

If you've ever stopped to wonder why this game doesn't have some cool nickname, look no further. There's one reason it's still known as "The Game."

Why Ohio State-Michigan Is Called "The Game" 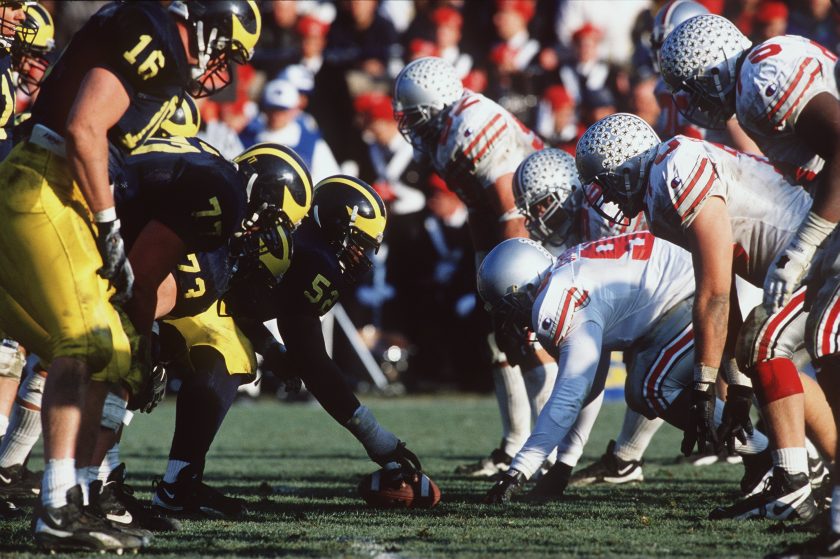 Unfortunately for college football fans, there's no story or concrete reasoning behind the name. It has likely become known as simply "The Game" because of the stakes on the line. Because the two teams play each other at the end of the season, the game usually carries national championship implications. In the College Football Playoff era, Big Ten fans have had to wait for "The Game" to get a good idea of who might be playing for a national title. 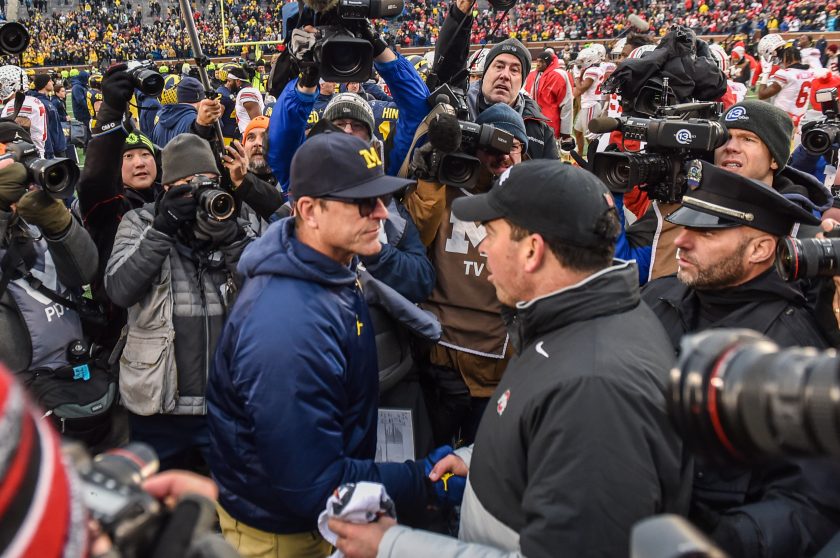 That's the reason "The Game" never has and never will need a nickname. With so much on the line, this game is the game of all games in the regular season. It's decided conference championships, the employment of coaches, and national championships too many times to count. It's the biggest rivalry in college football.

Michigan and Ohio State's seasons will once again hinge on "The Game" come Nov. 26. Michigan hasn't won in Columbus since 2000, but maybe Harbaugh and his khaki power will find a way to pull it off.