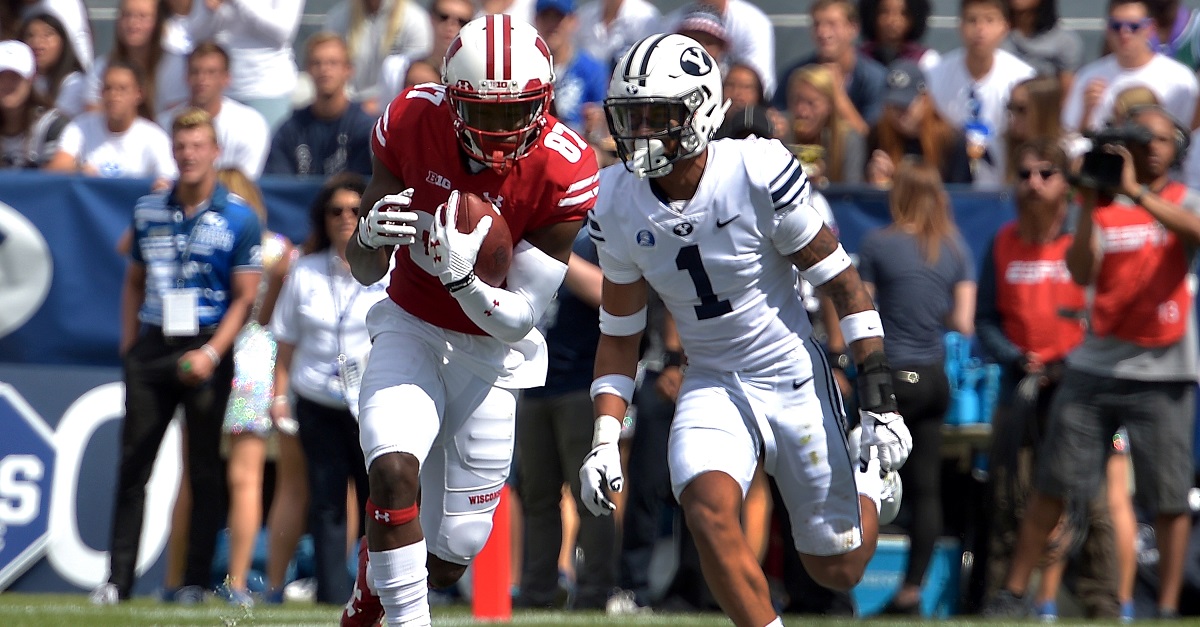 Wisconsin is undefeated and ranked No. 8 in the latest College Football Playoff rankings. However, their best receiver in Quintez Cephus will no longer be a target for quarterback Alex Hornibrook. The injury report ahead of the Iowa game was released and he is out for the rest of the season.

Quintez Cephus is now out for the season. #Badgers pic.twitter.com/e8YYvlwTsA

Cephus suffered an injury against Indiana last week and was seen on the sideline during the game using crutches. It appears that the injury is quite severe and now the Badgers will have to find a way to replace his 30 catches for 501 yards  and six touchdowns this season. That yardage was good for ninth in the Big Ten and Cephus was tied for seventh in touchdowns caught. He was also fourth in the conference in yards per catch at 16.7.

Wisconsin has to beat Iowa, Michigan, Wisconsin and presumably the Big Ten East Champion if it wants to get to the College Football Playoff. Without Cephus, the Badgers will likely have a tough time throwing the ball as he was the most reliable receiver they had and was the reason they weren’t ranked lower than ninth in the conference in passing. Fortunately, the Badgers are a run-heavy team anyway averaging just under 245 yards on the ground a game, which is best in the conference.