Bowl game completely botches official merchandise for one of their participants 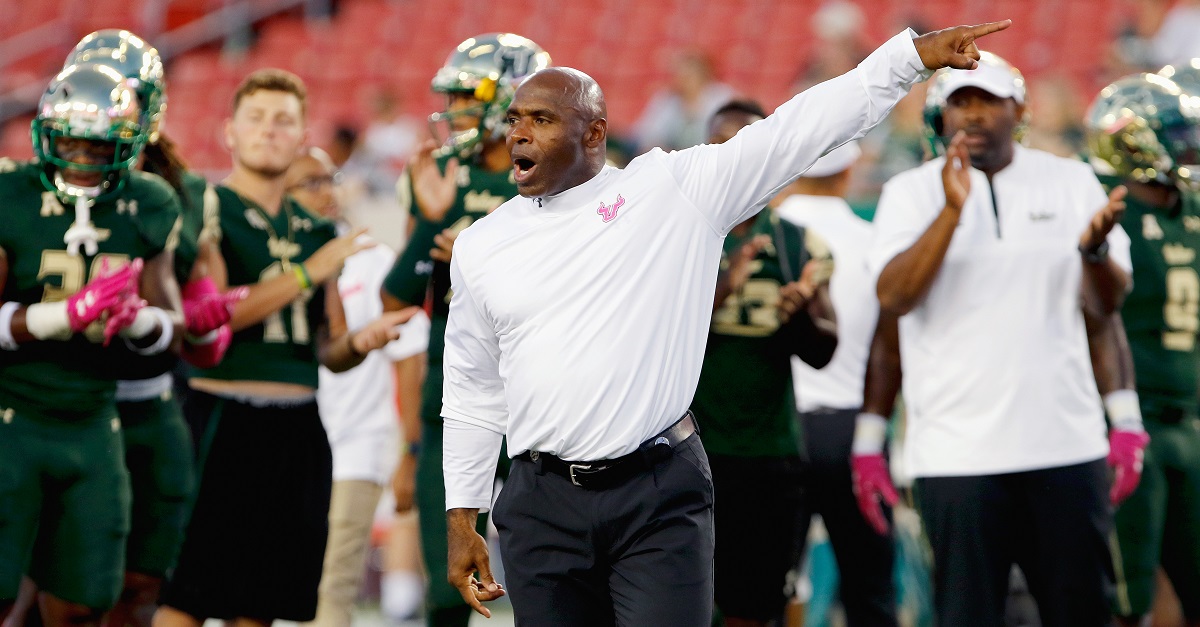 Joseph Garnett/Getty Images
TAMPA, FL - OCTOBER 14: Head coach Charlie Strong of the South Florida Bulls gives directions to his team during warmups prior to their game against the Cincinnati Bearcats at Raymond James Stadium on October 14, 2017 in Tampa, Florida. (Photo by Joseph Garnett Jr. /Getty Images)

A Reddit post on Tuesday came across the official merchandise for the Birmingham Bowl, which will feature South Florida and Texas Tech this season. South Florida — commonly known as “USF” for the University of South Florida — has several t-shirts up on the store, but a couple are catching the eyes of fans due to an unfortunate mix up:

While “South Florida University” isn’t a big mix up, this is college sports we are talking about where fans are often very territorial over the correct name of their school. You don’t call Alabama “AU”, Kentucky isn’t “Kentucky University”, and Georgia Tech isn’t “Georgia Tech University”. Also, if you really want to rile someone up, watch Tennessee and Texas fans fight over “UT” or Southern Cal and South Carolina fight over “USC”.

For what it’s worth, the Birmingham Bowl shop did have several other pieces of merchandise that correctly had “USF” or “University of South Florida”. Of course, that might only make it weirder that they completely flubbed one shirt while the other ones are all accurate.