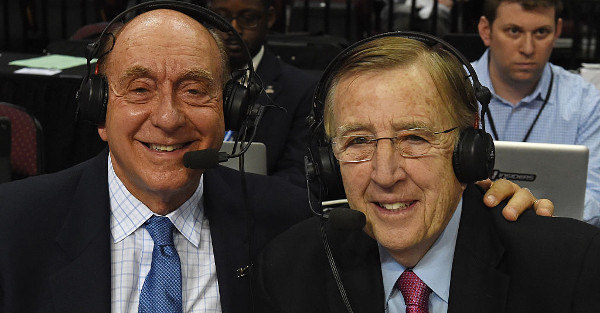 If you’re looking for ESPN to deploy the beloved Brent Musburger, you’d better have ESPN’s satellite channel SEC Network. That’s because, for the third straight year, he will be sent down to the network’s farm team after he covers the highly anticipated Clemson-Auburn game this weekend on ESPN.

RELATED: ESPN made an interesting decision when broadcasting the Cal-Hawaii game

Over the past two seasons, Musburger has covered games like Sam Houston State vs LSU, New Mexico State vs. Florida, Louisiana Tech vs. Auburn, UT Martin vs. Mississippi State, and Western Carolina vs. Alabama. All fine games to be a part of—if you’re a first-year play-by-play announcer.

It’s not that he should be given all of the prominent games, as we understand his age has caught up to him. But to only hear such an iconic voice announce one game—assuming you don’t have the SEC Network—is just plain wrong.

He deserves better than games like Eastern Michigan vs. Missouri.