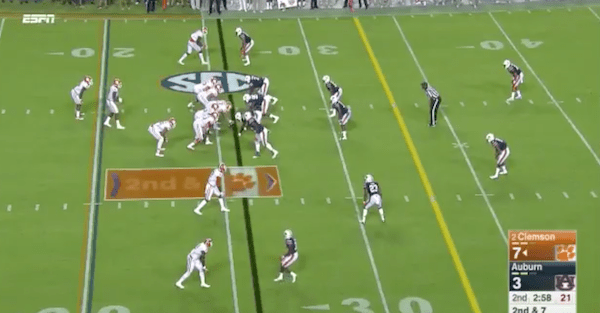 One of our favorites at ESPN, Brent Musburger, is being sent down to the SEC Network to cover B-level games after he called the Auburn-Clemson thriller (No. 2 Clemson won after a failed Hail Mary was batted down in the end zone).

Related: Brent Musburger doesn’t shy away from SEC bias: “Deal with it, They’re the best.”

And it’s comments like this that probably have kept Musburger from calling some of college football’s top games.

Petrino famously had an affair with a 25-year-old assistant during his time with the Razorbacks, one that came out after he was involved in a  motorcycle accident.

You’ve got to give it to Musburger — he really doesn’t care what the network that employs him thinks at this point as long as the audience is entertained. In this circumstance, he was successful.