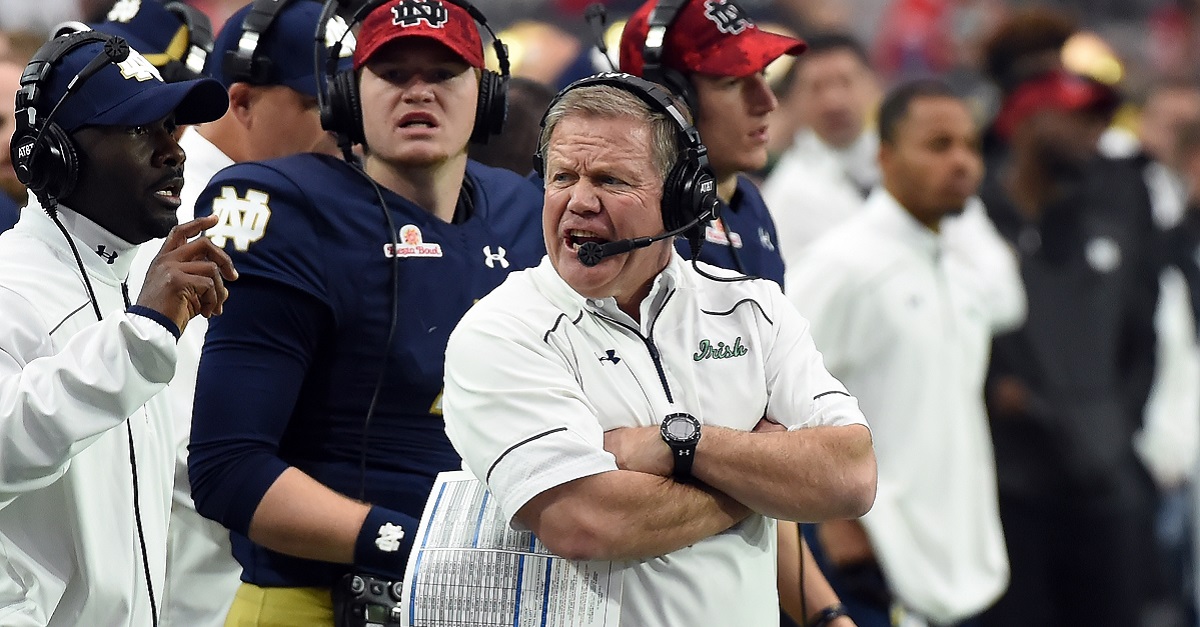 Norm Hall/Getty Images
GLENDALE, AZ - JANUARY 01: Head coach Brian Kelly of the Notre Dame Fighting Irish watches the action during the fourth quarter of the BattleFrog Fiesta Bowl against the Ohio State Buckeyes at the University of Phoenix Stadium on January 1, 2016 in Glendale, Arizona. (Photo by Norm Hall/Getty Images)

Notre Dame fans are understandably frustrated with the current state of the football program, and a few alums decided to take out their frustration in a newspaper ad.

Related: Situation worse than ever at Notre Dame as Brian Kelly is reportedly trying to bolt

The ad appears in the Dec. 7 edition of The Observer, which is the student newspaper for Notre Dame. The ad blames Kelly and athletic director Jack Swarbrick for Notre Dame’s failures in football.

In addition to listing the failures on and off the field, the ad also compares Notre Dame to Stanford over the last seven seasons.

It’s not a good look for Brian Kelly or the school, but it appears as if he’ll be in South Bend at least one more season.