BYU attempted a fake punt on 4th-and-19, and that’s not even the worst of it 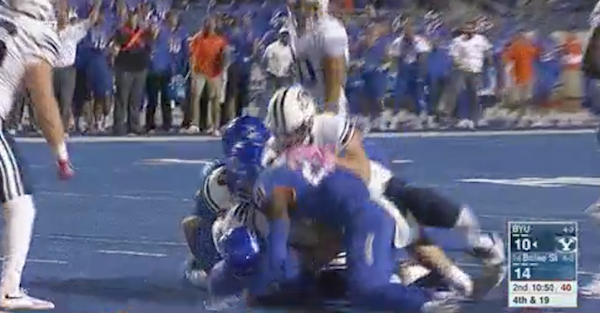 Against Boise State Thursday night in some late-night football action, BYU gave us the most boneheaded play of the college football season yet.

Facing a fourth-and-19 early in the second quarter and down 14-10, BYU attempted a fake punt from their own end zone. Naturally, Boise State sniffed it out and stopped the Cougars inside their own five-yard line.

BYU attempts the punt fake on 4th and 19. From the end zone. By having the punter run. https://t.co/3xyia6LDAR

A special teams coordinator should probably lose his job after that simply awful play-call.