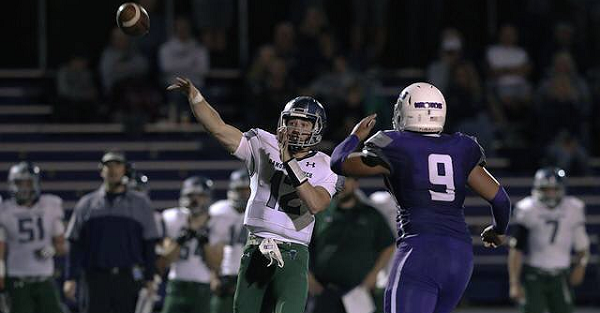 Four-star quarterback Cade McNamara had been committed to the Notre Dame Fighting Irish since July of 2017, but it appears that he’s rethinking that commitment. He took to Twitter to make the announcement that he is no longer committed to the program.

The 6-foot-1, 187-pound quarterback out of Nevada is ranked as the No. 8 pro-style passer in the class and the top recruit in the state of Nevada according to the 247Sports Composite rankings. He’s also got offers from Alabama, Georgia, Hawaii, Tennessee, USC and Wisconsin among others.