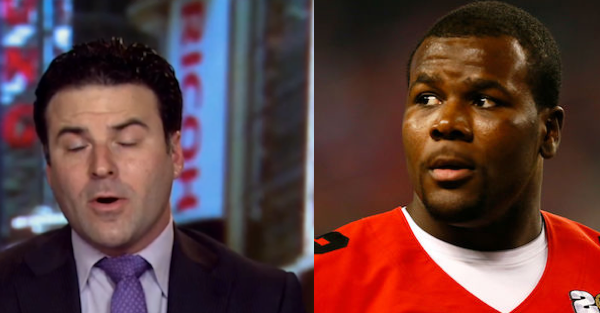 Cardale Jones dropped a lengthy Twitter rant on Monday pushing back against the NCAA’s resistance to paying its athletes.

Darren Rovell chimed in with his (not-so) thought through ideas on Jones’ rant:

What college kid would turn down $5K? If it makes him an employee, strips him of grant + taxes his room & board & non-scholarship benefits

Point of discussing actual dollars vs just principle of NCAA athletes getting their fair share is important. Dollar figures are misconstrued

Cardale Jones would have made about $5,000, before taxes, if he split jersey royalties with Ohio State https://t.co/ym9r8IBcTp

Jones went on ESPN’s Mike and Mike Tuesday morning to clarify his stance, as you can see in the video above.

He simply backed it up with more of what we already knew — the NCAA doesn’t pay players, and that’s a perceived wrong by a good chunk of athletes and fans alike