Watch a quarterback get ejected for targeting 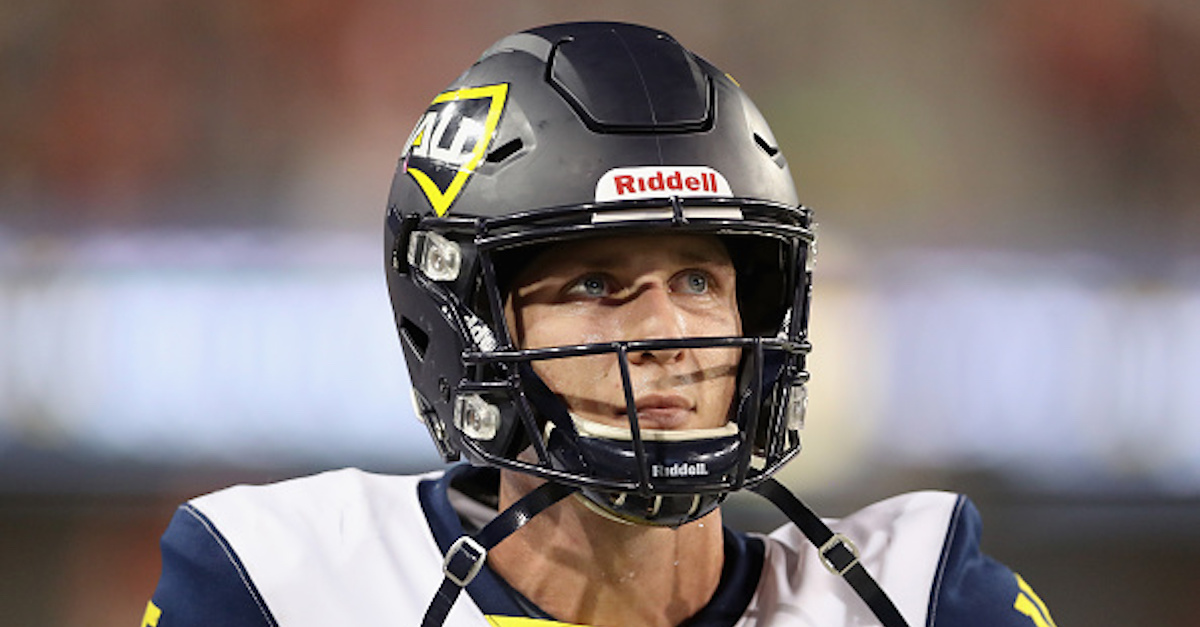 As player safety continues to grow as a focus in football — from the NFL all the way down to peewee — targeting will only grow in popularity as a penalty among referees.

After all, what you focus on expands, and referees are very conscious about any helmet-to-helmet contact, especially if it happens while a defender is leading with the head.

Speaking of defenders, you’d think that only players on defense (or perhaps special teams) would get called for targeting, but an FCS game this past weekend proved that assumption wrong. Northern Arizona quarterback Case Cookus was hit with a targeting penality, believe it or not, which led to his ejection.

Here’s the play in question:

Here is a look at the play that caused NAU QB Case Cookus to be ejected from the game for targeting.

Talk about an interesting series of events. Northern Arizona appeared to be running a reverse pass, which meant Cookus flipped the ball to a running back who tossed it back to another player coming the other way. After the flip Cookus faked rolling out just like any other pitch play away would look like, but instead of simply rolling out and pulling up he was supposed to head downfield to catch a pass.

Nobody was open so when the reverse man decided to tuck the ball and run, Cookus than became a blocker. Coming from downfield he caught a defender by surprise with a pretty brutal block. It wasn’t a block in the back or a crack-back because the defender ultimately did turn around to see Cookus coming — if only for a second — but helmet-to-helmet contact was made — which apparently led to the targeting penalty.