CBS names the “real DBU”, and it’s not LSU or Florida 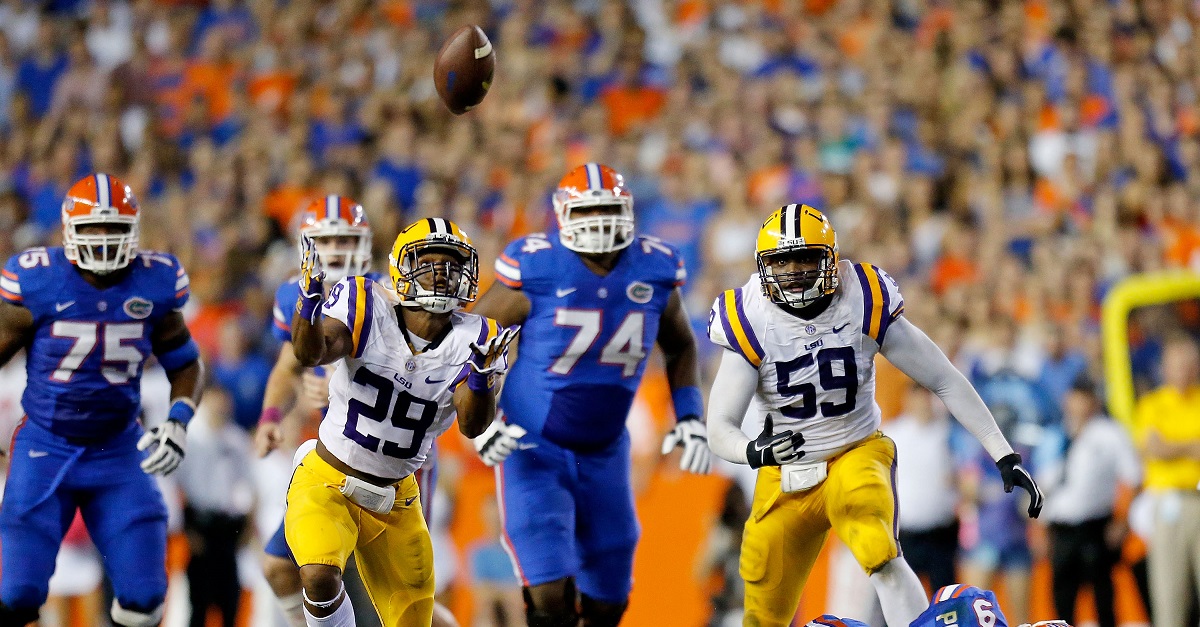 Rob Foldy/Getty Images
GAINESVILLE, FL - OCTOBER 11: Rickey Jefferson #29 of the LSU Tigers intercepts a pass intended for Latroy Pittman, Jr. #9 of the Florida Gators during the fourth quarter of the game at Ben Hill Griffin Stadium on October 11, 2014 in Gainesville, Florida. Pittman was injured on the play and had to be carted off the field. (Photo by Rob Foldy/Getty Images)

Several schools in the country have claimed to produce the best defensive backs in the country, but CBS Sports revealed who they believe to be “DBU.”

Related: This writer says this school is the real “DBU”, not Florida or LSU

According to Jon Solomon of CBS Sports, Texas produces the best defensive backs of any school in the country. Former Longhorns’ Earl Thomas and Michael Griffin are Pro Bowlers, and Aaron Ross, Aaron Williams, Kenny Vaccaro, Cedric Griffin and Tarell Brown all have established careers.

In the rankings, South Carolina surprisingly checked in at No. 2. Johnathan Joseph, D.J. Swearinger and Stephon Gilmore have all had steady careers in the NFL.