We are into the thick of it in college football season. We've seen major upsets, dominant performances, and record-setting plays.

It's safe to say the gloves are off. So what lies ahead in Week 3? Plenty, including another prime-time game you won't want to miss.

No. 22 Penn State at Auburn 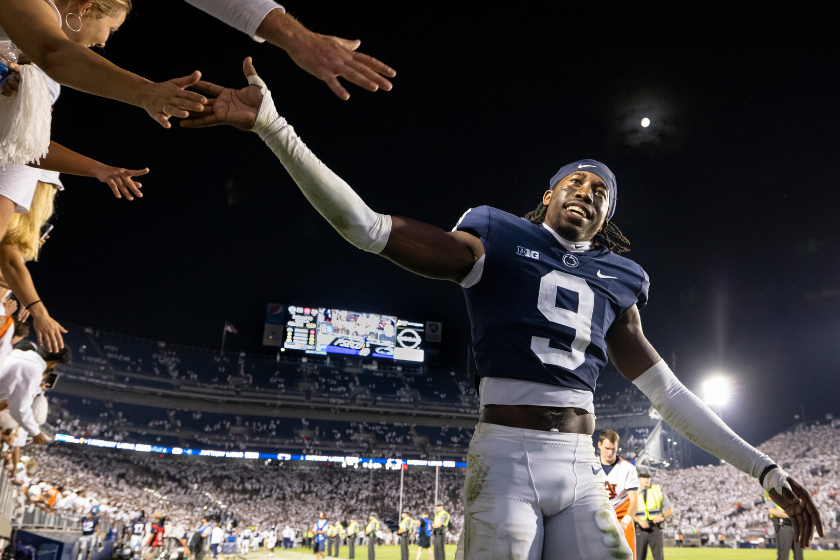 The Nittany Lions head into one of the SEC's toughest venues. Jordan-Hare Stadium doesn't expect to be welcoming for the team from up north. Penn State's front seven will need to hold strong against Tank Bigsby, who rushed for 102 yards a year ago vs. the Penn State defense. Bigsby will be the key to the Tigers sustaining long drives and keeping Penn State's offense off the field while wearing down the defense. He needs to have a big day for Auburn to win.

On the flip side, Penn State will need to rely on the arm of Sean Clifford. Auburn's defensive front is ranked 12th in limiting opponents rushing yards per game, and they have held opponents to 16 points per game on average. The Tigers D gets Penn State freshman running back Nick Singleton, who exploded onto the scene last week with a 179-yard performance. And they will see plenty of him on Saturday. Auburn will need to slow his momentum coming off the big game and make Clifford throw the ball. Which he can do, he can also work the clock. The Big Ten and SEC clash in an early season showdown you won't want to miss.

Penn State is the better team on paper and this game projects to be close. I have it as a 4-point Penn State victory, so I like where this line sits now. If it ticks up before game time I might have to have a deeper think on it. One thing to consider, in addition to being the road team in a hostel SEC environment, Penn State has also hit a logistical snafu in their travels for this game. Sports Illustrated is reporting that Montgomery Regional Airport is under partial construction and Penn State's charter flight wouldn't be able to land at the airport on Friday as previously expected. I still like the Lions -3 in a game that we'll be sweating out well into the fourth quarter. 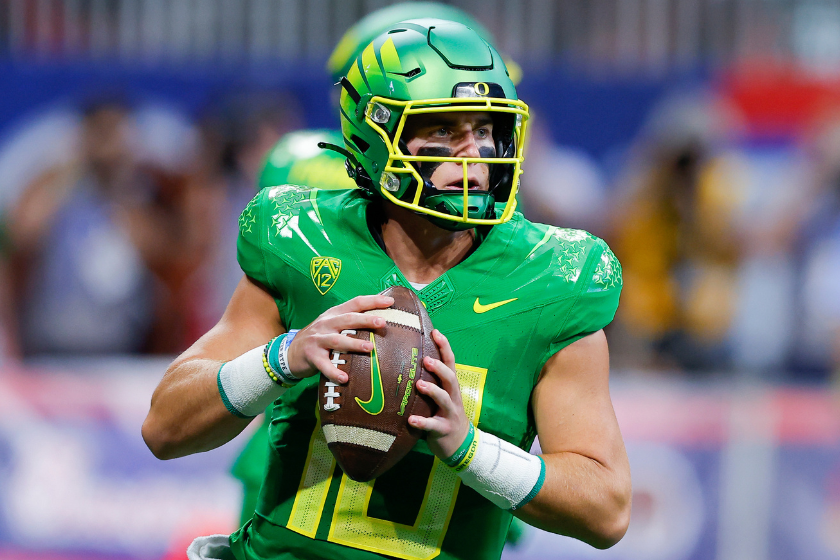 If you stayed up late last weekend you saw a double overtime thriller in Provo that ended at about 2 a.m. EST. BYU upset future Big 12 foe Baylor. Now can they handle the Ducks in the pond one week later?

It was surely a statement win for the Cougars to upset the reigning Big 12 Champions in a thriller of a game. Now they are looking to prove that they are the real deal. There is a great deal of pressure on both teams. A win would put BYU well into the Top 10 and kickoff questions of a potential playoff-crashing season. A loss for Oregon would be its second of the season and move the Ducks out of the Top 25 with a real feel they might not crack it again this season.

BYU quarterback Jaren Hall has been stellar to this point this season, tossing 261 yards in both of the Cougars' games so far. They also have the most experienced roster in all the FBS. The defense has played well, allowing 4.2 yards per play. But it stumbled in the run game vs. Baylor, only mustering 83 rushing yards. They should fare better against a Ducks team that gave up 132 yards on the ground to Georgia.

Oregon, after getting trounced by Georgia in Week 1, took out some aggression on poor Eastern Washington with a 70-14 drumming of the Eagles. Box Nix threw for 277 yards and five touchdowns in that one. The test for Oregon will be can its defense step up and get pressure on Hall and stop the run. If they can do that they could pull out a win. The question is which Oregon team will show up? And for BYU, can it avoid the classic letdown game?

Here's the rub. I like this to be a close game, and I like the idea of BYU as a party crasher. But there are just too many signals working against BYU in this one. First and foremost, everyone in their grandmother is betting the Cougars. A whopping 76 percent of the bets and 66 percent of the money (as of the time of writing this) are rolling in on BYU. Contrarian betting strategy says to go against the public. Add that BYU finds itself in a textbook letdown situation coming off an emotional win. BYU is 1-4 ATS in its last five road games. And let's top it off with the Ducks having won their last 20 games in Eugene. If BYU wins, I'll never question them again, but those are some glaring signals. It should be close, though, and that half point is a bugger. If you want to play it uber safe go with the Oregon ML, but I'll pay to see the Ducks cover the spread. 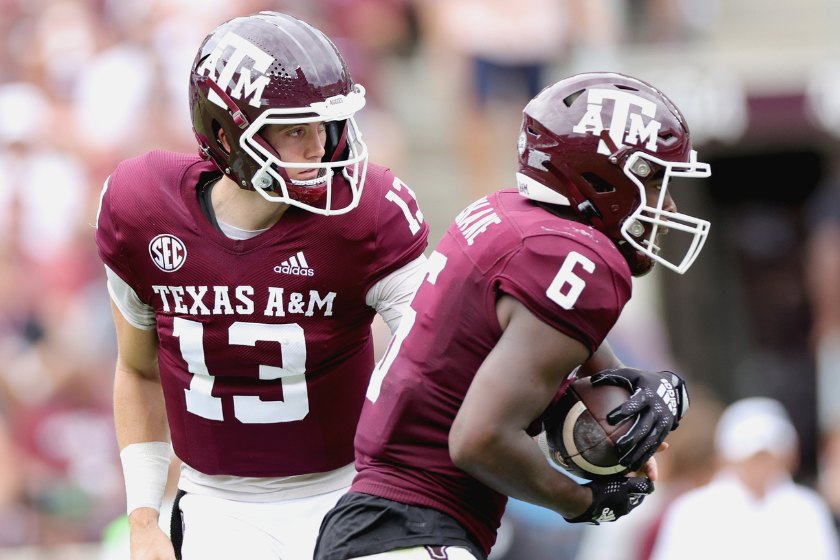 If you are a ranked team you never want to be in the upset of the week headlines. But that is exactly what happened to the Aggies, who came into the season with so much hype but got upset in week 2 by Appalachian State. Now questions arise about the preseason darlings as they only managed 14 points and 180 total yards in last week's game. A&M's defense is one of the best in the nation, but so good that we all overlooked the offense?

App State can't be discounted. They have a good team with a solid running back and good lines on both sides of the ball. They caught A&M napping, for sure. Now Miami gets a team whose playoff crashing hopes are on the ropes. That will surely make for an angry Jimbo Fisher.

Miami's offense sure has put on a clinic so far this season, with 100 points in two games. But it came against Bethune-Cookman and Southern Miss. They haven't been tested against a defense like the Aggies yet. Quarterback Tyler Van Dyke should test the Aggies secondary. So I like Miami to move the ball. Miami's defense isn't as strong as their offense so a strong game from A&M running back Devon Achane could be forthcoming. Currently, Miami's defensive front seven is limiting opponents to 24 rush yards per game on average. That could change come Saturday. Miami will need to move the ball and convert their third downs. Wearing down the Aggies D will be the key to Miami in this one. It's another late-night matchup and so far those haven't disappointed through two weeks. Be warned, don't miss this one.

Texas A&M should be mad after last week's performance in the upset loss to App State. They need not just a win, but a statement win to get back in the good graces of the selection committee. At this point with Arkansas and Alabama still on the schedule, and zero room for error, they might be only playing for a New Year's Six bowl game at this point. But you never know. I definitely don't like them losing back to back in College Station and that -6 point spread seems like a rat line to generate bets on Miami. A massive 72 percent of the bets and 60 percent of the money is coming in on the Hurricanes at the time of writing this. If the concerns about the A&M offense are so strong, I don't think oddsmakers would be so quick to give Miami the points. A&M might come out with a statement win. They have the veteran head coach in Jimbo Fisher who will have his boys amped for this one. Plus, he's switching his starting quarterback to Max Johnson. STRONG lean towards the Aggies at -6. However, for now, I will play the over just in case this game comes down to the wire.

Tyler Van Dyke has thrown multiple TD passes in seven of his last eight games. Devon Achane was fifth nationally in 2021 in yards per carry. If this one does come down to the wire, look for scores in the mid-20s. If A&M jumps out to a quick lead, Tyler Van Dyke will air it out against the Aggies secondary in the second half. The 44.5 is an NFL total. I like this one to sail way over. 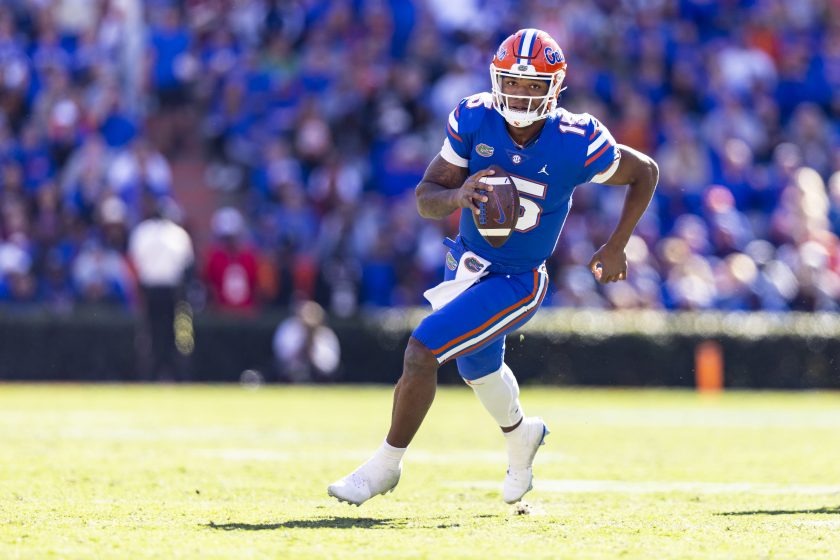 RELATED: The Scott Frost Era at Nebraska Redefined Rock Bottom, But it's Finally Come to an End

MORE: "The Safety That Wasn't" and Other Blown Calls That Robbed Texas Against Alabama