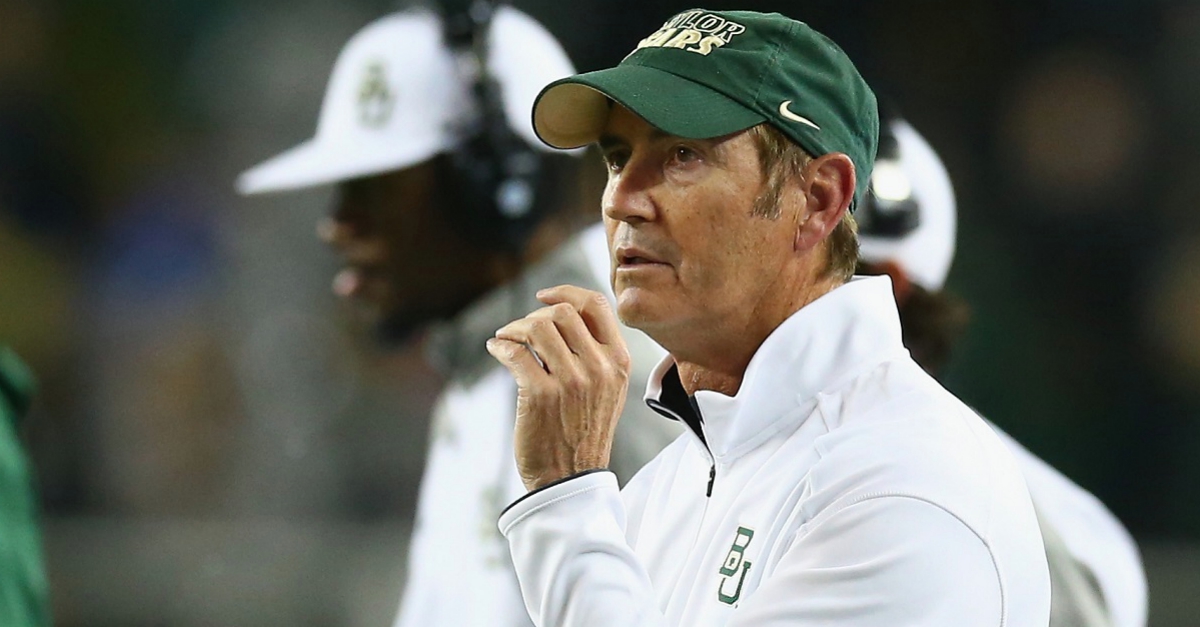 Former Baylor football head coach Art Briles is a marked man, and not in a good way.

Briles was in charge of the Baylor football program and oversaw what ultimately was deemed as an institutional lack of control as it related to multiple alleged sexual assaults. Baylor, a private Baptist university mind you, was marred by the sexual assault scandal and rightfully let Briles go.

This despite the fact that he had a 65-37 overall record at Baylor, including three bowl wins. Briles had positioned the Bears as one of the top programs in the Big 12, and generally in the nation, but none of that mattered in the light of what he turned a blind eye to.

That’s what it made it so interesting, and frankly shocking when Briles ended up landing another coaching job. Yes, it was in the CFL, but that didn’t stop fans of the Hamilton Tiger-Cats from displaying their outrage, and ultimately, their voices led to Briles being let go, again.

It also led to a very frank apology from the owner. Evan Grossman of The New York Daily News passed that along.

“We made a large and serious mistake,” Tiger-Cats owner Bob Young said in a statement. “We want to apologize to our fans, corporate partners and the Canadian Football League. It has been a difficult season and we are searching for answers. This is clearly not one of them. We have listened, we are reviewing our decision-making processes and we will learn. We will go on. We want to thank our fans, partners and the CFL for their help and support.”

As part of the scandal at Baylor, President Ken Starr and athletic director Ian McGraw resigned from their positions. The football program was accused of over a dozen alleged incidents of sexual assault, a private law firm relayed that the Baylor brass had ignored those incidents in favor of results on the football field.

It was a disgusting display of athletic superiority on college campuses and, again, Briles was rightfully fired.

Apparently, the stink of what he did — or didn’t do — has wafted up to Canada as well, and it will likely follow him for the rest of his life.