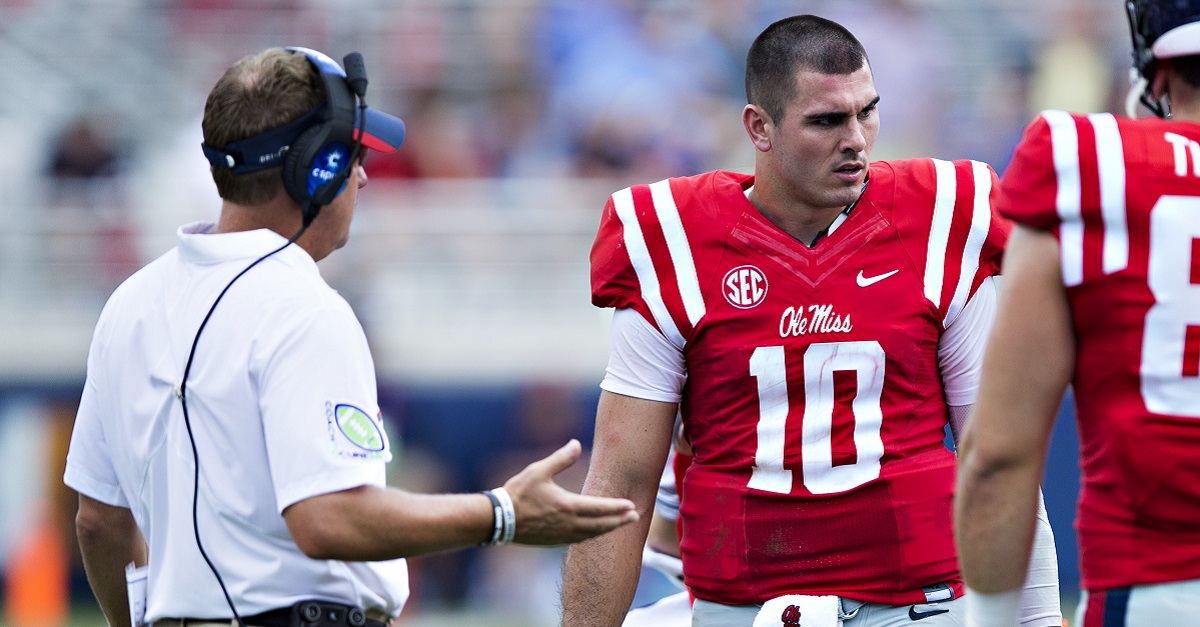 It was revealed on Wednesday that former Ole Miss quarterback Chad Kelly would not be invited to the NFL Combine this year, with some reporters citing Kelly’s past off-the-field issues as the impetus behind the NFL’s move.

However, an important detail started to arise later in the day: apparently Kelly was caught off guard by the snub, as he was expected to be invited to the Combine despite an ACL injury that he suffered this season.

#OleMiss QB Chad Kelly not invited to combine. Told me he hoped to be ready to throw there at Senior Bowl, so I don't think he expected it.

What is more interesting is that Pro Football Talk is now reporting that Kelly was still on the list of Combine invites as recently as February 1.

Per source, as of February 1, Chad Kelly was on the official Scouting Combine invitation list.