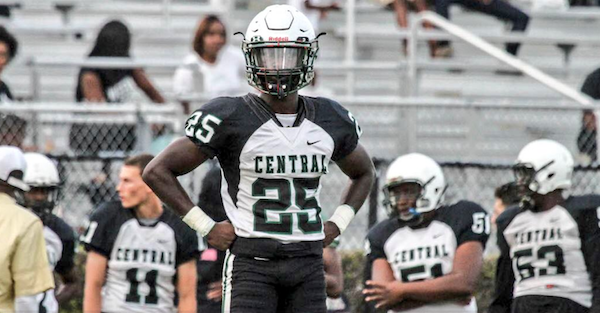 Four-star CB Chandler Jones has decided where he’s going to continue his football career, and he’s headed to Louisville.

Jones is a very intriguing cornerback prospect, as the Florida native was an Under Armor All American this past season. He’s 5’7″, 170 lbs. and he can fly all around the field making plays.

The Cardinals have been on a roll on the recruiting trail lately, as the team could also be landing another cornerback Friday, three-star Telly Plummer, who has Bobby Petrino’s team in his final two schools.

Rivals has Jones as the No. 29 overall cornerback in the class of 2018.