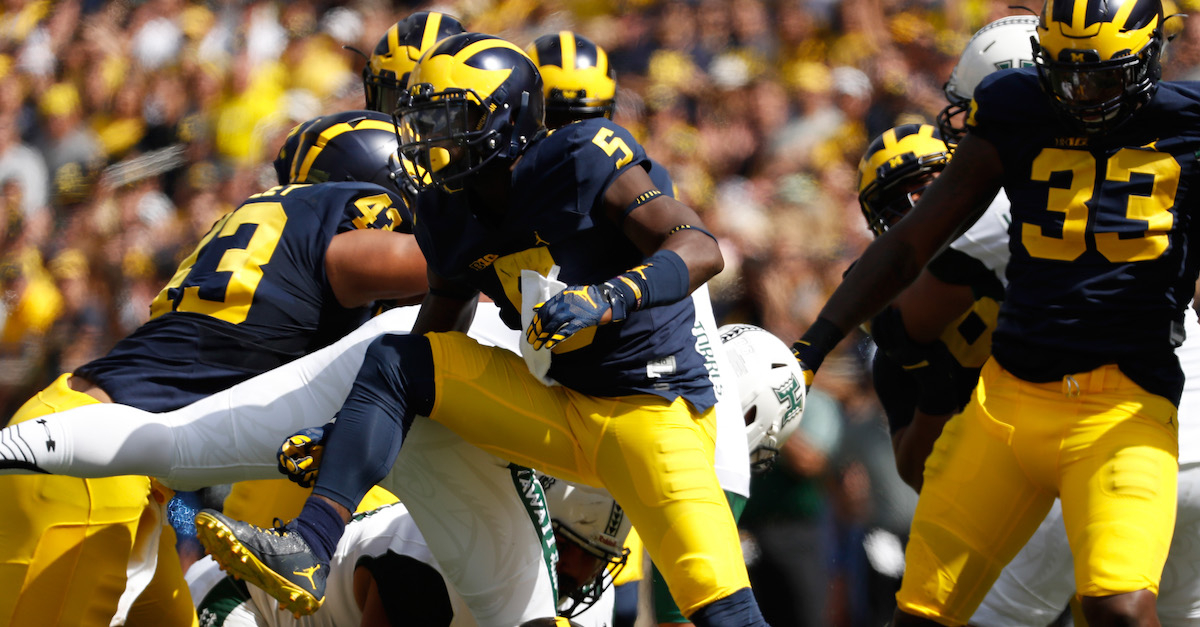 Trying to pin down Jabrill Peppers as an NFL prospect is tough, simply because he plays all over the field for the Michigan Wolverines at a relatively limited size of 6-foot-1 and 205 pounds. However, the projections keep rolling in when it comes to Peppers and there is a reason he is widely seen as a future top-10 pick given his combination of speed, power and versatility.

Earlier this week, former Michigan legend and 1997 Heisman Trophy winner Charles Woodson was asked to describe Peppers and he landed on a comparison to former LSU and current All-Pro defensive back Tyrann Mathieu (via Sporting News):

“I see him really in a mode of ‘Honey Badger’. He’s a guy who you’re going to be able to pretty much put him anywhere.”

Because of his versatility, Mathieu has been a comp for Peppers for some time, but when Charles Woodson speaks, it comes with a different level of credibility. In fact, Woodson went on continue raving about Peppers’ work:

“(Peppers) seems to excel right now when he’s in the box close to the line of scrimmage where it’s a nickel position, or coming down in certain packages as the dime player. He can blitz, and he’s very aggressive in the run defense. When I first heard he was going to play the linebacker position, you worry if a guy will be instinctively aggressive at the position, because if not it allows for offensive linemen to get on you.”

Peppers has also been compared to Mathieu’s professional teammate, linebacker Deone Bucannon, as the perfect mold of an undersized, play-making linebacker. Regardless of what happens at the next level in terms of position, it seems aggressive to doubt Jabrill Peppers when it comes to achieving success, and it sounds like one of his role models is all in.