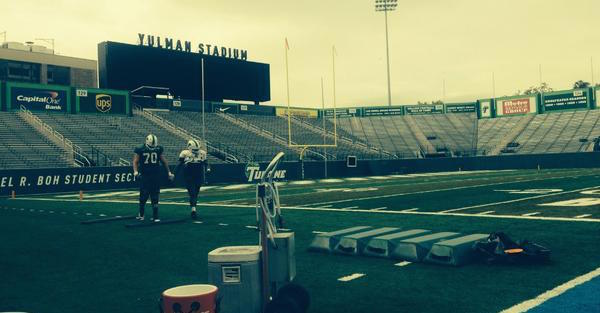 Chalk this one up as out-of-the-ordinary on the gridiron.

During Tulane’s practice Wednesday, two lineman — both over 6’0″, 300 pounds — were involved in a heated altercation, so what was coach Curtis Johnson to do? The only logical thing if you’re a parent. He made right tackle Sean Donnelly and defensive tackle Tanzel Smart hold hands and walk around the practice field.

Where did Johnson get the inspiration? Apparently from raising his daughters.

“Well, I’ve done it with my daughters,” Johnson said. “But it was pretty effective. (They walked) actually until the coaches needed them so it was about 20 minutes. … I pointed it out to the rest of the team. If they as grown men want to hold hands, that’s fine, that’s what you are going to do if you fight.”

Check out the two players walking around below:

If this teaches us one lesson, it’s don’t fight in front of Coach Johnson at Tulane, or he might make you walk around holding hands.