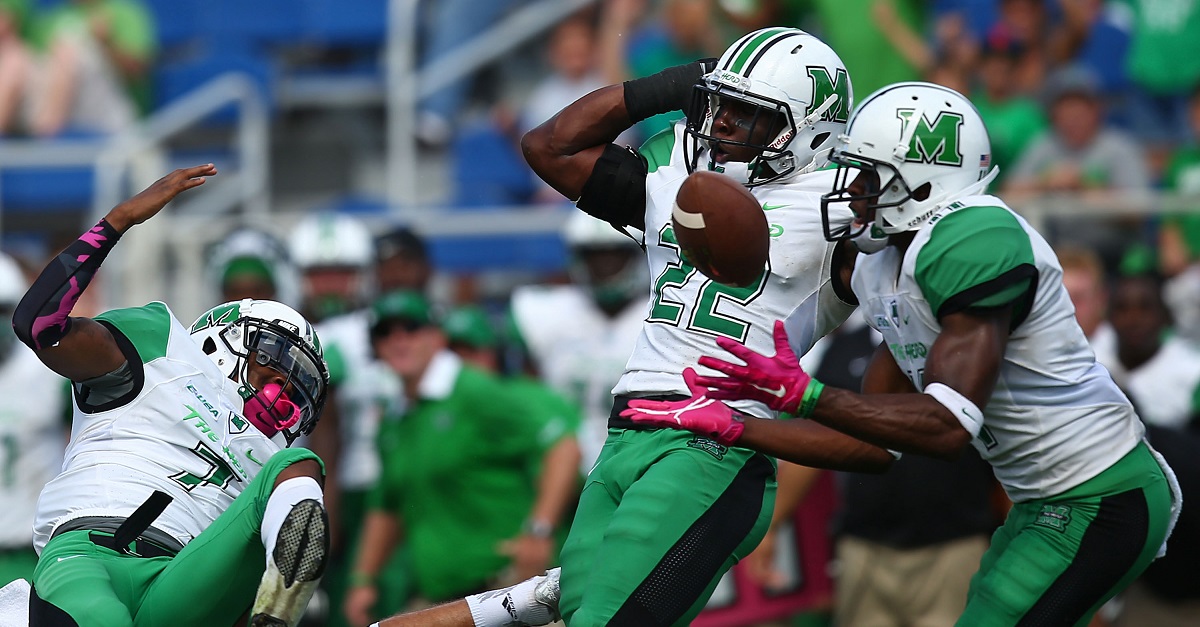 Rob Foldy/Getty Images
BOCA RATON, FL - OCTOBER 17: Rodney Allen #11 of the Marshall Thundering Herd intercepts the ball during the second half of the game against the Florida Atlantic Owls at FAU Stadium on October 17, 2015 in Boca Raton, Florida. (Photo by Rob Foldy/Getty Images)

Marshall defensive back Rodney Allen was arrested over the weekend on misdemeanor charges of of DUI with a blood alcohol level above .15, crashes involving damage to a vehicle and driving without a license.

Huntington police saw Allen early Sunday morning and stopped him after a crash he was trying to leave, according to criminal complaints filed in Cabell County Magistrate Court. The complaint stated that sobriety tests at the scene showed indications of impairment and a breath sample at Huntington Police Department headquarters showed a blood alcohol content of .167.

He was taken to the Western Regional Jail, but he is no longer there according to the jail database. The Marshall athletic department is aware of the incident and said it would handle it “internally and appropriately.”

Allen will be a redshirt senior this fall and started in all 11 games he appeared in last season. He recorded two interceptions, 76 total tackles, a tackle for loss and four fumbles forced.