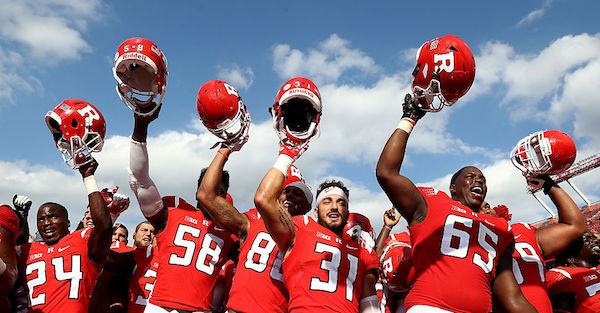 The Rutgers Scarlet Knights had a rough 2016 season under new head coach Chris Ash, and 2017 hasn’t gotten off to the best start either.

Rutgers is down to two starting quarterbacks, Zach Allen and Giovanni Rescigno. However, Allen tore his ACL, which typically requires season-ending surgery.

But Allen isn’t doing that so he can help his new team.

“However, nj.com is reporting, Allen ?has decided not to have surgery on his torn ACL, with hopes that he can rehab his knee and be available to play during the 2017 season.? The decision to postpone surgery almost certainly ensures that, if Allen suffers a setback or rehab doesn?t go his way and he?s forced to have the joint repaired medically, he will miss the entire season.”

Allen is going to try and play for Rutgers this season with a torn ACL, but if it doesn’t go well he will sit out the rest of the season and try to return next season.

The Scarlet Knights will eventually be getting some reinforcements in Kyle Bolin from Louisville and a highly-touted class of 2017 recruit Johnathan Lewis will be on campus this summer, too.

Allen appeared in two games for Rutgers in 2016.