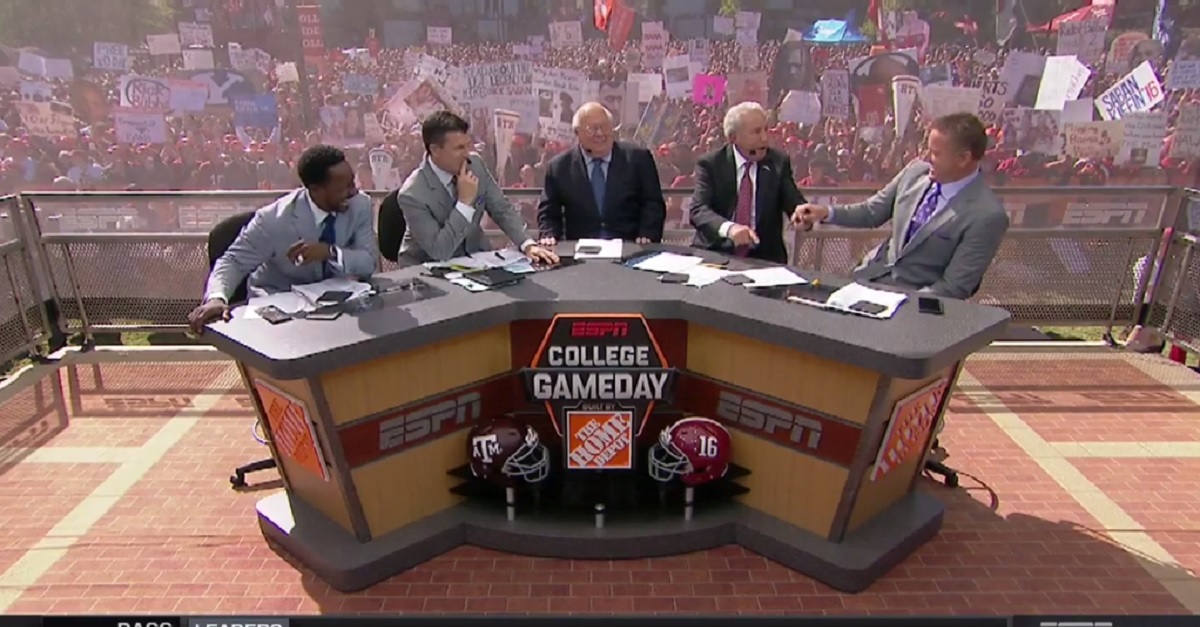 It’s been a few weeks since ESPN’s College GameDay has appeared on our televisions and now the wait is over. We are getting the show back this coming week for the big New Year’s Six bowl games and they’ve revealed which game they’ll be at over the weekend:

Next stop: The College Football Playoff. We are Fiesta Bowl bound for @OhioStateFB – @ClemsonFB! pic.twitter.com/EthC23gIse

The Fiesta Bowl promises to be a little more exciting than the Peach Bowl featuring Washington and Alabama. Most people believe the Crimson Tide will roll over the Huskies while OSU and Clemson should play a close game. That might explain why they aren’t going to the game featuring the No. 1 team in the country.